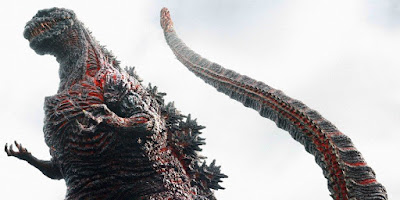 According to a piece over at Bloody-Disgusting, Netflix Japan made the announcement via Twitter that Polygon Pictures' animated movie featuring the King of the Monsters will stream globally on Netflix, as well as play in select theaters, sometime in 2017. How cool is that?

Written by Gen Urobuchi (Psycho-Pass) and co-directed by Hiroyuki Seshita and Kôbun Shizuno (Knights of Sidonia), Godzilla will feature a Japanese voice cast that includes Yuuki Kaji, Takahiro Sakurai, Mamoru Miyano, Junichi Suwabe, Kana Hanazawa and Tomokazu Sugita. No word yet on whether the movie will be dubbed or simply subtitled.

It's definitely a great time to be a Gojira fan. Everyone's favorite giant lizard is getting a major sequel to 2014's Godzilla with Godzilla: King of Monsters (slated for a March 22, 2019, premiere) before clashing with Kong (who crushed the box office over the weekend in Kong: Skull Island) in Godzilla vs. Kong on May 29, 2020. Toho's Shin Godzilla also recently nabbed the Japanese Academy Award for Best Picture, which is impressive.

There’s no logline for the Godzilla animated film yet, but from the poster and two pieces of concept art included below, it seems like the film will be set in the future while featuring what looks to be a prehistoric-like Earth? Have a look, and let us know if you're excited about Toho and Polygon Pictures' first-ever animated Godzilla film. 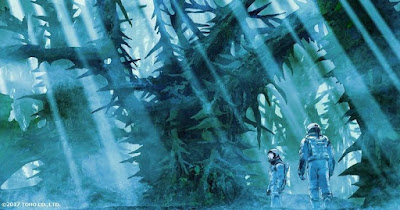 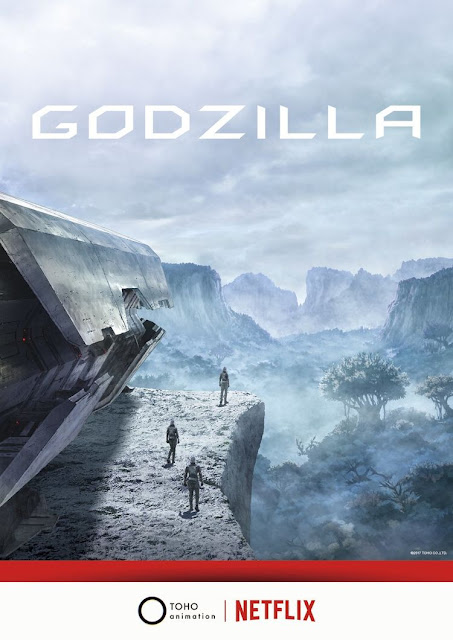 FEATURETTE
Posted by anim8trix at 12:00 AM