The Emperor Lives On In Star Wars: Battlefront 2 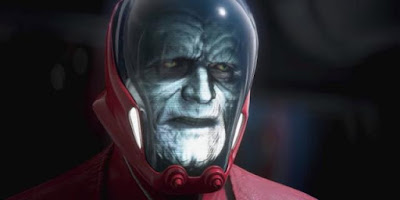 STAR WARS: BATTLEFRONT II
[Source: ScreenRant] A new Star Wars: Battlefront II cut scene has been revealed featuring the Emperor detailing his contingency plan to finally eradicate the Rebellion. As the release of the video game nears, we get a short glimpse of what the much-anticipated canonical campaign mode of the game will be all about in this new clip which features protagonist Iden Versio – the commander of the Inferno Squadron commando team. Born and raised in an Imperial family, her father is an admiral in the fleet, which makes her very loyal to the Empire.
The addition of the story mode to Battlefront II is considered a result of fan clamor after many weren’t happy when it was not included in the first Battlefront game. Instead of just simply adding a single-player campaign mode, EA Dice went a little bit further to satiate gamers’ wants and crafted not only a fresh narrative – with the story centering on the Empire’s forces instead of the usual Rebellion – they also made it in a way that it is canon. Those two alone are intriguing enough to hype people up for the release of the video game.
Now, we get a bit more of context regarding the much-anticipated story mode as Playstation posted a snippet from the start of the game. In it, the Empire is at a loss after their devastating defeat in Endor and the death of Emperor Palpatine. But the ever master tactician Darth Sidious, apparently, has one last trick up his sleeve to make sure that the Rebellion will be taken care of. He has a recorded message played via one of his praetorian guards for Iden and the remaining Imperial troops.

“Admiral Versio, Operation: Cinder is to begin at once. Resistance, Rebellion, Defiance; these are concepts that cannot be allowed to persist. You are but one of many tools by which these ideas shall be burned away. Heed my messenger. He shall relay you to your target.”

At this point, it is unknown just how intricate Operation: Cinder is but we can expect it to have several stages to ensure that the Empire will still have the last laugh in this long-running battle against the Rebellion and it is up to Iden to make it happen. How it pans out, however, still remains to be seen, but it would be cool to see her go through a significant character arc throughout executing the Emperor’s orders. Who knows, she might even switch sides by the end of it ala Finn (John Boyega) or maybe Star Wars Rebels‘ Agent Kallus?
Aside from the highly interesting single-player mode, fans can also look forward to a new and improved multiplayer feature. Those who want to score first dibs on the game can partake in the scheduled Star Wars Battlefront II beta testing which will start on Wednesday, October 4 for those who preordered the game and then everyone else can join in on October 6. The whole event will last until October 9.
Posted by anim8trix at 12:00 AM