Watch the first 6 minutes of "The Gifted" 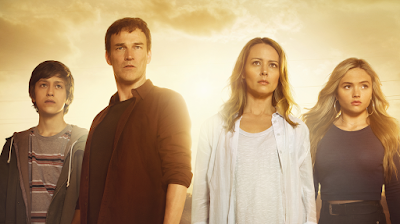 T H E   G I F T E D
[Source: Syfy] Action-adventure family drama THE GIFTED, from Marvel, tells the story of a suburban couple whose ordinary lives are rocked by the sudden discovery that their children possess mutant powers. Forced to go on the run from a hostile government, the family joins up with an underground network of mutants and must fight to survive.

The first episode (titled “eXposed”) was directed by X-Men movie director Bryan Singer. It kicks off with Blink (Jamie Chung) on the run from police (we learn she broke out of a mutant detention center) and displaying the same awesome mutant powers we saw from the character played by Bingbing Fan in X-Men: Days of Future Past.

Showing up to help are Marcos Diaz/Eclipse (Sean Teale), Lorna Dane/Polaris (Emma Dummont) and John Proudstar/Thunderbird (Blair Redford). The first action-packed minutes pull no punches and display the characters’ mutant powers in all their TV FX-glory.


Set at a time when the X-Men have disappeared, The Gifted follows the Strucker family who discover their two teenage kids are mutants. On the run from a government hostile to mutants, the family goes underground where they meet our main mutant characters. The series hails from showrunner Matt Nix (Burn Notice), Fox and Marvel TV.