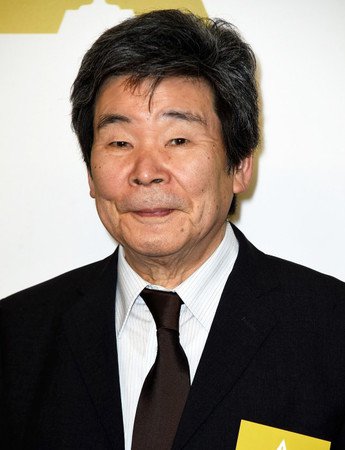 Isao Takahata
(October 29, 1935 - April 5, 2018)
Director of Grave of the Fireflies and Princess Kaguya
Co-Founder of Studio Ghibli
[Source: AnimeNewsNetwork) Anime director and Studio-Ghibli co-founder Isao Takahata passed away in a Tokyo hospital on Thursday. He was 82.
The Japanese websites Sanspo and NTV News 24 reported the news, and both cited unnamed related parties who said that Takahata had been in declining health since last summer.

Takahata joined Toei Douga (now Toei Animation) in 1959 after graduating from the University of Tokyo. He had a long career directing such classics as Little Norse Prince Valiant (Taiyō no Ōji - Hols no Daibōken), Alps no Shōjo Heidi, Anne of Green Gables, and Panda! Go, Panda! before he co-founded Studio Ghibli with Hayao Miyazaki. He went on to create the feature films Grave of the Fireflies, Only Yesterday, Pom Poko, and My Neighbors the Yamadas.

Takahata's final film as director was The Tale of Princess Kaguya, which debuted in 2013. Takahata told entertainment news website Variety in 2016, "I have several projects that I still have in mind that I am currently working on to get closer to realizing. Whether those will be finalized as films is something that no one, myself included, can know."