'Ghost in the Shell' as a new 3D CGI series 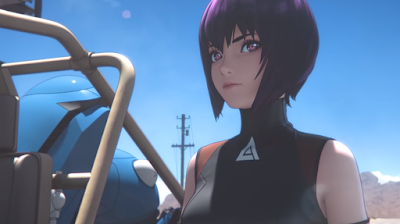 NETFLIX's GHOST in the SHELL
In the year 2045, after global capitalism has defaulted, Japan's elite Section 9 begins conducting covert cyber operations. Ghost in the Shell: SAC_2045, coming 2020, only on Netflix.

The latest adaptation of Shirow Masamune’s manga shows off its heroine (aka The Major) driving out of a city into the palm-treed highway — all blissfully alone with her futuristic dune buggy. 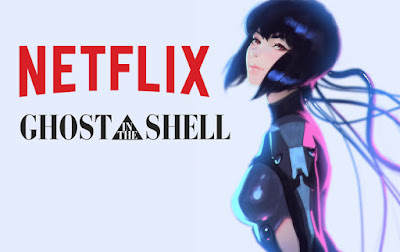 Ghost in the Shell: SAC_2045 certainly looks different but The Major hasn’t changed a bit. The woman inside a totally cybernetic body is back to fight crime as her "elite Section 9 begins conducting covert cyber operations” in the year 2045, according to an official synopsis. Little else is known about the upcoming series, but that should all change before its 2020 premiere.
▶ Watch the Trailer
Posted by anim8trix at 12:00 AM