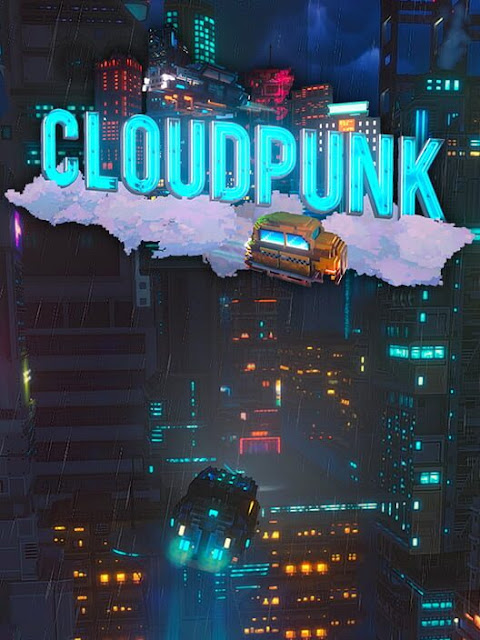 C L O U D P U N K
[Source: AnimeSuperHero] “Cloudpunk” is on its way to Nintendo Switch, PlayStation 4 and Xbox One sometime in 2020 [but nobody will say exactly when].

The environment of a futuristic city with flying cars in neon-lit caverns of so-called humanity appear to be heavily influenced by the popular feature film “Blade Runner”.

The storyline, however, will not be you as the emotionally wasted cop Deckard chasing down rogue replicants like Roy Batty and falling in love with the Rachaels of the world. Instead, you will play as Rania, an employee of the sketchy delivery firm of the game title in the city which has been named Nivalis [which sounds like a combination of a hand cream lotion and an erectile dysfunction drug]. Since you are a rookie, it is your first night working for Cloudpunk, naturally, you will be meeting all the, shall we say, interesting characters who you will come across in your normal work night.
▶ Watch the Trailer

It is a story-based adventure game so you will meet a diverse range of characters beginning with lowlife scum of what passes for the Earth humans, androids, AI and just about everybody and thing in between on every level of this futuristic society. Since all the stories are intertwined, then Rania can experience massive changes in Nivalis even in a single night’s delivery work.

Exploring the city of Nivalis will take you everywhere you can venture, from the Marrow below to the spires that pierce the grey clouds high above before scraping the edge of the troposphere. No delivery job is too dangerous, and no one is faster than a Cloudpunk driver [apparently].

Features include…
Posted by anim8trix at 12:00 AM