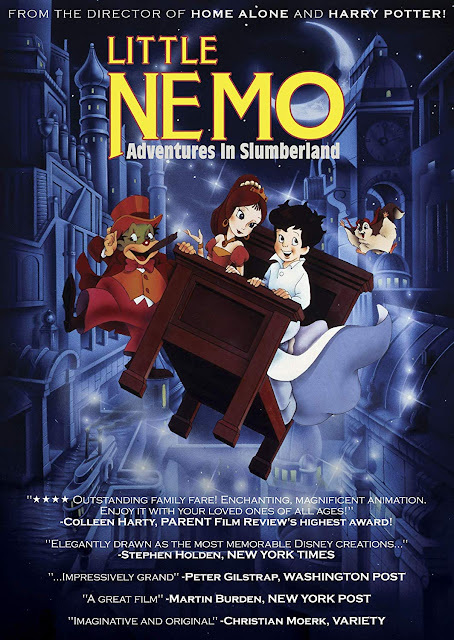 LITTLE NEMO
Adventures in Slumberland
Little Nemo: Adventures in Slumberland (released in Japan as simply Nemo (ニモ, Nimo) and credited in some territories as Little Nemo) is a 1989 Japanese-American animated musical adventure fantasy film directed by Masami Hata and William Hurtz. Based on the comic strip Little Nemo in Slumberland by Winsor McCay, the film went through a lengthy development process with a number of screenwriters. Ultimately, the screenplay was credited to Chris Columbus and Richard Outten; the storyline and art style differed from the original version. The original soundtrack was penned by the Academy Award-winning Sherman Brothers. The film features the English dub voices of Gabriel Damon, Mickey Rooney, René Auberjonois, Danny Mann, and Bernard Erhard. 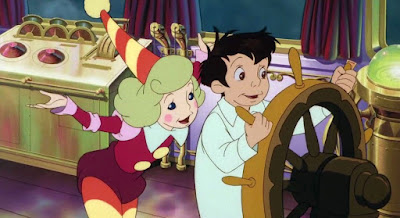 The movie was infamous for being in development hell with many people; some worked at Disney and others who worked on Star Wars, some of the people who worked on Looney Tunes, as well as some people who would later found Studio Ghibli, figures such as George Lucas, Chuck Jones, Ray Bradbury, Isao Takahata, Brad Bird, Jerry Rees, Chris Columbus, Ken Anderson, Frank Thomas, Oliver Johnston, Paul Julian, the Sherman Brothers (Richard M. Sherman and Robert B. Sherman), Hayao Miyazaki (who was working at TMS at the time), and Gary Kurtz being involved with the movie before all dropping out.

The film was first released in Japan on July 15, 1989, and in the United States on August 21, 1992, by the Hemdale Film Corporation. It received mixed to positive reviews from publications including the Washington Post, Variety, the New York Post, the Boston Globe, and The New York Times, earned $11.4 million on a $35 million budget and was a box office bomb, but sold well on home video and has since developed a cult following. 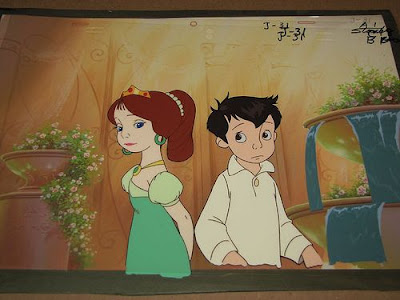 The Plot
The film opens with the young boy Nemo experiencing a nightmare in which he is pursued by a locomotive. Upon awakening the next day, he goes with his pet flying squirrel, Icarus to see a parade welcoming a traveling circus. However, Nemo is unable to see the circus because his parents are too busy to take him. Later that night, Nemo imitates sleepwalking in a failed attempt to sneak some pie, going against a promise he had earlier made to his mother. Upon falling asleep that night, Nemo is approached by figures from the parade. The circus organist introduces himself as Professor Genius and claims that they had been sent on a mission by King Morpheus, the king of a realm named Slumberland. The mission involves Nemo becoming the playmate of the princess, Camille. Although Nemo initially has reservations about interacting with royalty of the opposite gender, he and Icarus decide to set off to fulfill his mission after being persuaded with a gift box of cookies from the princess. 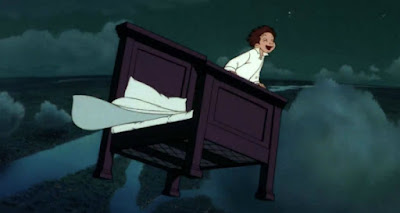 Nemo is taken to Slumberland in a dirigible which he is allowed to drive, causing some chaos and is introduced to King Morpheus, who doubles as the circus ringmaster on Earth. Morpheus reveals that he summoned Nemo to become his heir to the throne. Morpheus gives Nemo a golden key that opens every door in the kingdom and warns him of a door with a dragon insignia that must never be opened. Nemo is introduced to Princess Camille and the pair and Icarus roam the entirety of Slumberland together. Afterward, Nemo is whisked away by Genius to prince lessons. Later, he meets the mischievous clown, Flip, who angers a group of cops and forces him and Nemo to hide out in a cave. There, Nemo discovers the door that Morpheus warned him not to open. Flip tempts Nemo into unlocking the door, which unleashes the dreaded Nightmare King. Nemo rushes back to Morpheus' castle in time for his coronation ceremony, where Nemo is handed the royal scepter, the only thing capable of defeating the Nightmare King should he ever return to Slumberland. In the middle of a dance session between Morpheus and Genius, the Nightmare King reaches the castle and steals Morpheus away. As the partygoers search for a scapegoat, Flip and Nemo reveal each other responsible for the Nightmare King's escape, since Morpheus gave Nemo the key and it was Flip's idea to open the door. 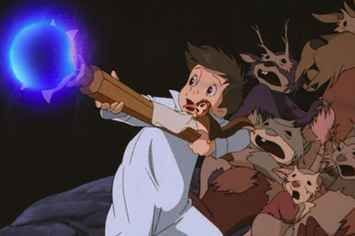 Nemo then awakens in his home, which floods with seawater and ejects him and Icarus into the ocean. Genius reunites with them and tells Nemo not to blame himself and that Flip is to blame for all that has happened; Nemo refutes this, citing that he's the one who made and then broke his promise to Morpheus to never open the door and resolves to find and rescue the king. When the three return to Slumberland and narrowly prevent Flip's banishment into outer space, Nemo forces Flip to reveal that he has a map to Nightmare Land, where Morpheus is currently being held. Nemo, Icarus, Camille, Flip, and Genius set off in a tugboat in search of Morpheus. They are soon sucked into a whirlpool and find themselves in the monster-infested Nightmare Land. The five come across a group of shapeshifting goblins called Boomps who wish to aid in the quest to rescue Morpheus. 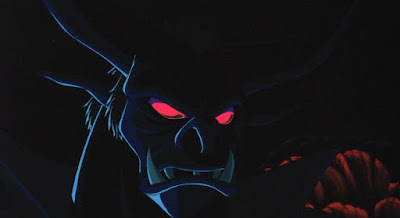 The Nightmare King sends a flock of fearsome and gigantic goblin bats to seize the rescue party. Nemo attempts to use the scepter, but is unable to remember the full incantation and awakens in his bed along with Icarus just after watching Flip, Genius, and Camille be captured by the Nightmare King's forces. The Boomps appear in Nemo's room and reunite with a lost member of theirs, who gives Nemo a letter from Morpheus containing the scepter's incantation to defeat the Nightmare King. The group returns to Nightmare Land by flying on Nemo's bed through a dimensional portal in the sky and soon reach and infiltrate Nightmare Castle. However, they are subsequently trapped in the castle, where the Nightmare King demands possession of the scepter and threatens Flip, Genius, Camille, and Morpheus, who are all in suspended animated states, with harm if Nemo doesn't comply. After a fierce battle, Nemo uses the scepter to finally defeat and destroy the Nightmare King and purify his kingdom, though due to Nemo's young age, the use of the scepter's full power inadvertently kills him as well. As everyone awakens in the aftermath and discovers Nemo's lifeless body, they begin to mourn for Slumberland's fallen prince. Morpheus, however, uses the scepter to restore Nemo to life. Nemo apologizes for breaking his promise, opening the door, and causing everything to begin with. Morpheus forgives him, citing that his courage and strong will have allowed him to make up for his mistake, and become a true prince.
▶ Watch the Full Movie

As Slumberland celebrates the fall of the Nightmare Kingdom, Camille escorts Nemo and Icarus home on the dirigible. The two then share a kiss, after which Nemo awakens in his room, where he apologizes to his mother for breaking his promise and trying to take the pie. Nemo's parents also agree to take Nemo to the circus. Nemo stares out the window with Icarus as he reflects on his adventure.
Posted by anim8trix at 12:00 AM