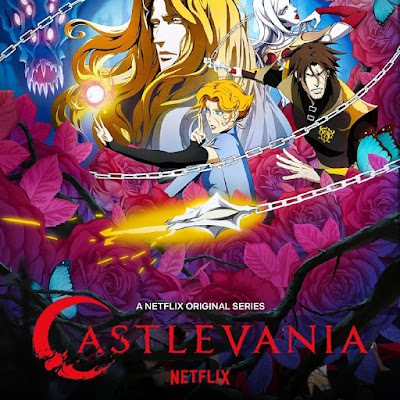 When his wife is burned at the stake after being falsely accused of witchcraft, the vampire Count Dracula declares all the people of Wallachia will pay with their lives. He summons an army of demons that overruns the country, causing the people to live lives of fear and distrust. To combat this, the outcast monster hunter Trevor Belmont takes up arms against Dracula's forces, aided by the magician Sypha Belnades and Dracula's dhampir son Alucard.

Plot for Season 3 Episode 1
A month after Dracula’s death, Alucard tries to adjust to his lonely new life, but he misses his friends, Trevor and Sypha. Meanwhile, Trevor and Sypha are traveling by carriage through the forest in an attempt to fight the leftover night creatures, which they easily disperse. They arrive in a small town of Lindenfield, where a local priory seems to sympathize with Dracula’s cause and find who’s responsible for his death to punish them. Elsewhere, Carmilla returns to her castle in Styria. Reuniting with her Council of Sisters (consisting of herself, Lenore, Striga and Morana), she has survived days traveling through a country of humans, vampires and night creatures clashing against each other to survive. She has a battered and chained Hector caged like an animal.
▶ Watch the Trailer 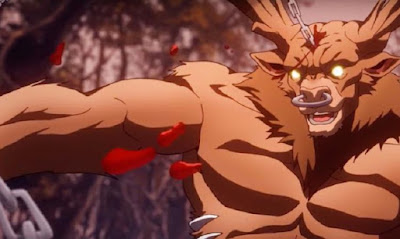 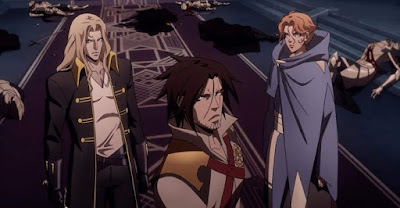