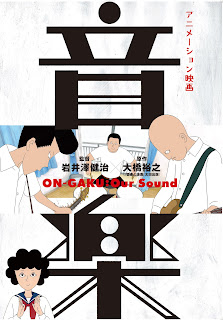 ON-GAKU: Our Sound
[Source: Variety] Gkids, the U.S.-based producer and specialty distributor, has acquired North American rights to Japanese animated film “On-Gaku: Our Sound.” The film, which plays in the Contrechamp competition section of the Annecy International Animation Festival, is being lined up for a release later in 2020.
Directed by Kenji Iwaisawa, and adapted from a manga by Hiroyuki Ohashi, “Our Sound” is the tale of a high school kid who tries to start a band in order to impress a girl. When he teams up with his pals, they discover that none of them can play an instrument. Discouragement lurks around every corner. 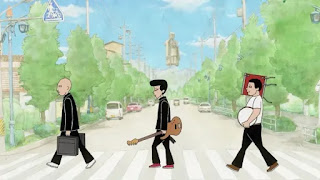 The film is composed of over 40,000 hand drawn frames, using the rotoscoping animation technique. It features a lead performance by Japanese alt-rock legend Shintaro Sakamoto.
Rodney Uhler, Gkids’ director of special projects, and Emico Kawai of sales agent Nikkatsu Corporation negotiated the deal for North American rights. The film was earlier licensed by Nikkatsu to China’s streaming giant Bilibili; and to conventional distributors Anime Limited, for the U.K. and Ireland; Eurozoom for French-speaking territories, and to Media Castle for Korea.
▶ Watch the Trailer
The film premiered last year at the Ottawa International Animation Festival where it won the top prize and earned plaudits. It added to its haul at the London Animation Festival and moved into commercial release in Japan in January this year. 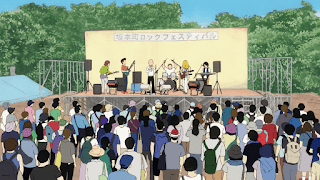 “ ‘On-Gaku: Our Sound’ reminds us of our favorite indie comedies while remaining a wholly unique film. Kenji Iwaisawa’s remarkable hand-drawn work has created a film full of quotable lines, distinctive characters and infectious style. It remains one of the most fun viewing experiences we’ve had all year,” said Uhler.

Previously, the Ottawa jury hailed it as “a triumph of economic storytelling without sacrificing the richness of its characters.” They said they were “particularly impressed with the perfect timing, the simplicity of design, and the joyous celebration of the medium of animation.”

Email ThisBlogThis!Share to TwitterShare to FacebookShare to Pinterest
Labels: music