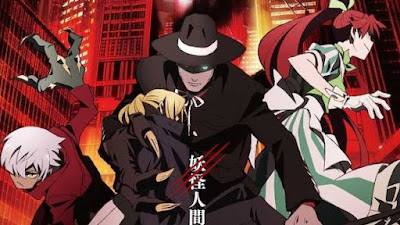 BEM Movie
The plot of the series revolves around three yokai (supernatural creatures), Bem, Bela and Belo, who arrive at a large coastal city and come across an evil atmosphere, which was brought about by immoral behavior by humans and mischief caused by monsters and yokai. They therefore decide to stay in the city, fighting against other monsters and yokai which attack humans, making a few friends along the way. Even though the three yokai are often abused and discriminated against by other human beings due to their appearance, they still strive in protecting the human populace of the city from other monsters, one day hoping to become human beings in return for their good actions.
▶ Trailer
Posted by anim8trix at 12:00 AM