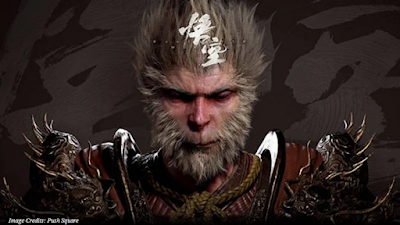 Black Myth: Wukong
[Source: Sportskeeda] Black Myth: Wukong is an upcoming single-player role-playing game that has been developed by Game Science. The game is based on a classic 16th-century Chinese novel called “Journey to the West.” Players control the character Sun Wukong, who is also known as the Monkey King and has the ability to transform into flying insects and a giant monster.

In the novel, Wukong learns Taoism, becomes immortal and masters combat as well as language. He also acquires the 72 methods of heavenly transformation that allow him to transform into many animals and objects at will.

At first, not much was revealed about Black Myth: Wukong, which is still a few years away from its release.

However, a 13-minute gameplay trailer was recently released. In the trailer, we get to see quite a few of Wukong’s powers that were mentioned in the book. He has a trademark black iron staff that can change length according to his will. 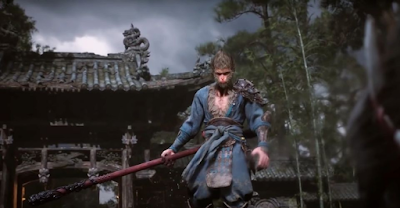 We also got to see a plethora of boss fights that players will have to engage in to complete Black Myth: Wukong.

Recently, IGN China was able to conduct a set of interviews with various game science developers. The interviews revealed a lot of new information.

Black Myth: Wukong was in development for two years and will have more than 15 hours of playtime. It is expected to be released somewhere in 2023.

There are more than a 100 enemy types in the game, and it is a darker, more complex version of the original novel. The area in the trailer is called Black Wind Mountain and apparently took more than 6 months to build! Furthermore, the gameplay trailer of Black Myth: Wukong featured three monkeys. Players will have to wait and see which one is Wukong.

Players can use multiple transformations during each fight, and there are different approaches that can be applied to the game. Finally, Black Myth: Wukong is the first of the three games planned by Game Science that will all be based on different Chinese stories. The idea is to create a separate Black Myth Universe, not very much unlike the Marvel Universel.