Proof the SW Sequels Are in an Alternate Reality 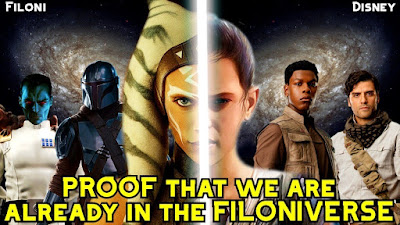 Filoni ALREADY Proved The Sequels
Are in an Alternate Reality!
In this Star Wars Theory we go over the shocking evidence that the Mandalorian already retconned the sequel trilogy using Ahsoka and the World Between Worlds, as seen in Star Wars Rebels used by Ezra Bridger and Ahsoka Tano to save her from Darth Vader.Could Ahsoka herself be the linchpin that holds two possible alternate timelines? One where Ahsoka Lives! And the other, where she dies.
▶ Watch the Video and Decide for Yourself
Posted by anim8trix at 12:00 AM