What is really behind the firing of GINA CARANO? 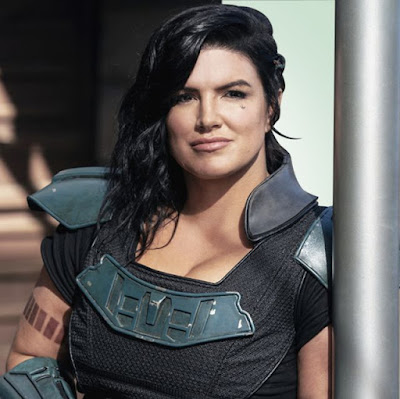 STAR WARS powerplay behind
the firing of GINA CARANO
Ever since the public firing of Gina Carano from Star Wars on February 10th, more information of the powerplay that went on behind the scenes of Lucasfilm has come out. It is now becoming clear how this connects to the larger strife between the Kathleen Kennedy and Jon Favreau factions of Lucasfilm, and why Gina Carano was the one who had to go. In this video then, we will go through the events that culminated with the firing of Gina Carano, and why the Kennedy faction of Lucasfilm had it in for her in particular.
▶ Watch the Video
UPDATE
KATHLEEN KENNEDY in hiding after
Gina Carano STAR WARS backlash?
Posted by anim8trix at 12:00 AM