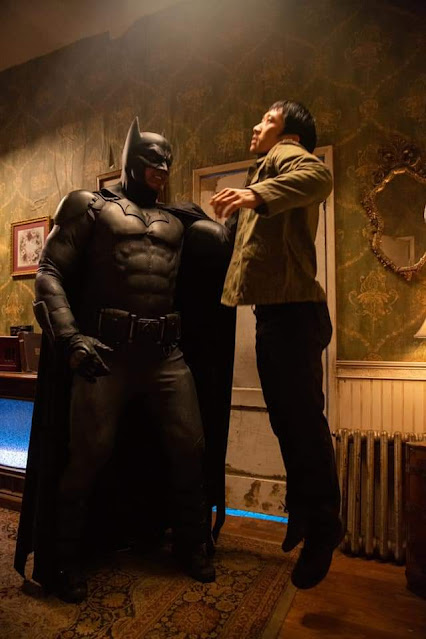 BATMAN: Dying is Easy
A curious entry has joined the pantheon of Batman-centric cinema, hailing from well outside the bounds of the studio system. Directing brothers Aaron and Sean Schoenke have created the short film Batman: Dying Is Easy; the film’s original story derives from the decades-spanning psychic rivalry brimming between Bruce Wayne and the Joker. And while the notion of a Batman fan film, Dying Is Easy’s production value and central lineup make it worthy of note. Take a look for yourself in the film (though we’ll name drop the main players below).
▶ Watch the Short Film
Aaron Schoenke stars in the film as the Joker opposite actor Kevin Porter as the Dark Knight; however, more familiar faces line the supporting cast. On the side of the law, we have Tarantino favorite Michael Madsen and Starship Troopers’ Casper Van Dien. Madsen joins the roster as Gotham detective Harvey Bullock and Van Dien serves as Commissioner Gordon. Meanwhile, veritable shapeshifter Doug Jones plays iconic Bats villain the Riddler, and music artist Chris Daughtry plays Hugo Strange. 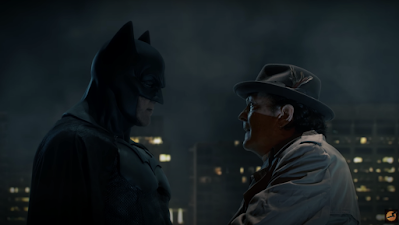 The rest of the lineup is no slouch either. You may recognize music artist Chris Daughtry (Hugo Strange), Deadpool stunt performer Amy Johnston, impressionist Jamie Costa, or Critical Role’s Orion Acaba. (They cameo as Poison Ivy, the Mad Hatter, and Condiment King, respectively.) As for the starring pair, Schoenke—who also wrote the film—played Spidey in the Amazing Spider-Man 2 video game; and Porter was, among many other roles, Lazer in Dodgeball. 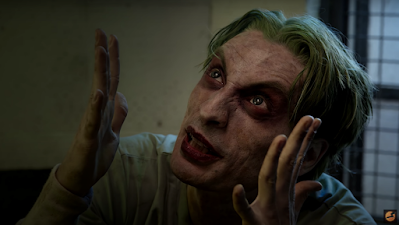 Either way, you’ll get to know that duo’s (admittedly disguised) faces by the end of the film’s run. The bulk of Dying Is Easy is a two-hander between Batman and Joker, taking place in a holding cell. This psychological drama is the latest superhero venture produced by the Schoenke’s; their YouTube page packs a full series of projects in which mismatched comic book characters face off across publication lines.
However, Dying Is Easy seems to be their grandest foray to date. When you’ve got a half hour to spare, give it a watch!
Posted by anim8trix at 12:00 AM