THIS GAME IS SCARY REALISTIC 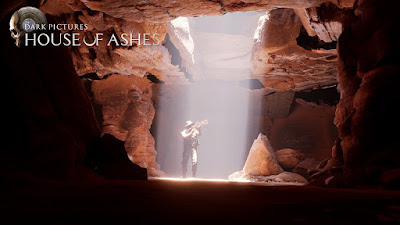 During the invasion of Iraq in May 2003, USAF Lt. Col. Eric King arrives at Camp Slayer in Baghdad to debrief a team of Force Recon Marines, who are led by CIA officer and Eric's distant wife Rachel King, about a mission to raid a village in the Arabian Desert. Eric believes he has found a facility underneath the village that stores Iraqi president Saddam Hussein's chemical weapons. The team includes Rachel's lover Sgt. Nick Kay and Nick's squad leader 1st Lt. Jason Kolchek. Other minor characters on the team are Cpl. Nathan Merwin, LCpl. José "Joey" Gomez, and Eric's assistant Dr. Clarice Stokes. Meanwhile, Iraqi Republican Guard soldier Lt. Salim Othman returns home and searches for his son Zain, carrying a birthday gift for him, but his commanding officer Cpt. Dar Basri forces Salim to intercept the raid led by Eric. Salim's squad ambushes the US troops when they arrive but several sinkholes plunge everybody into the ancient Akkadian temple, which is now buried beneath the sand.
There... in the darkness, true Evil has awakened...
Posted by anim8trix at 12:00 AM