Beware of What Lurks in the Shadows... 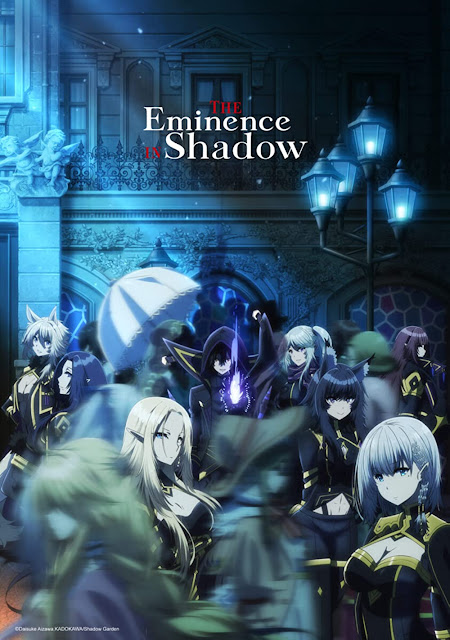 The Eminence in Shadow
A boy in modern-day Japan desires to be a mastermind who exerts power from the shadows, but in the process of training, gets hit by a truck and dies. He reincarnates in a fantasy world under the name Cid Kagenou, where he maintains a perfectly mediocre appearance as to not stand out but instead pursue his dream of manipulating from the shadows. One day, he stumbles upon an elven girl infected by a mysterious disease and cures her. Cid makes up a story, explaining that this world is secretly run by the Cult of Diabolos, and his secret organization, Shadow Garden, are the only ones that can fight them. The elven girl, now named Alpha, joins this organization and begins recruiting new members. However, the stories Cid made up were actually true, but he believes it to be total delusion. Cid continues fighting the Cult of Diabolos under the alias Shadow, completely unaware that he is involved in a complicated power struggle.
▶ Watch the Trailer
Posted by anim8trix at 12:11 AM