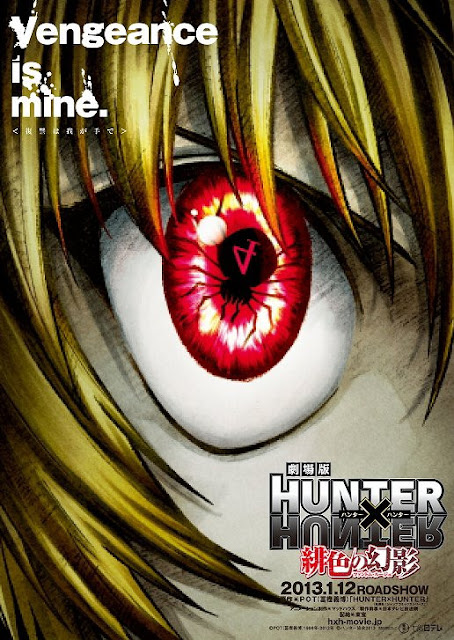 Also coming from Madhouse, their adaptation of Hunter x Hunter is getting a new movie next year, and like the recent One Piece, Naruto and Dragon Ball Z Shonen Jump movie ventures, the manga creator will be involved. The 34th issue of this year's run of the Japanese edition of Shonen Jump has published a visual promoting the January 12, 2013 anime movie Hunter x Hunter: Phantom Rouge, which confirms that the film will feature series creator Yoshihiro Togashi's story of Kurapika Kuruta's conflict with the Phantom Troupe.
Posted by anim8trix at 12:01 AM