Creator Akira Toriyama is onboard for a new Dragon Ball Z anime movie, slated for March, 2013. It's been stated that new movie will take place between Dragon Ball manga chapters 517 and 518, in the 10 year timeskip after Goku defeats Buu, before before the 28th World Martial Arts Tournament. 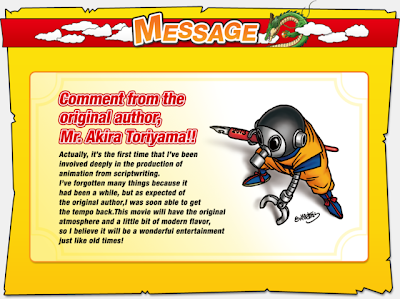