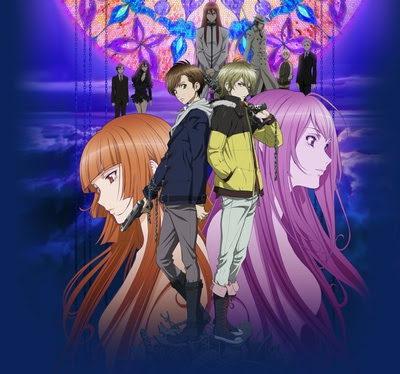 The anime adapts Kyou Shirodaira, Arihide Sano, and Ren Saizaki's fantasy mystery manga. The story centers around Yoshino Takigawa (played by Kouki Uchiyama), an ordinary high school student with a mysterious friend named Mahiro Fuwa (Toshiyuki Toyonaga). Mahiro made a deal with a witch named Hakaze to hunt down the killers of his parents and sister. Now Mahiro is missing, and Hakaze confronts Yoshino. Yoshino find himself involved in a crisis that may doom the entire world.
Posted by anim8trix at 12:03 AM