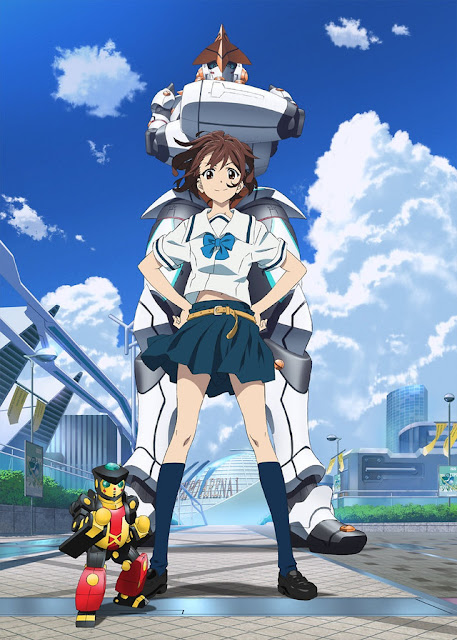 With the opening of its official site, the staff and key visual have been revealed for the Production I.G adaptation of 5pb.'s (Steins;Gate) third science adventure game, Robotics;Notes.

The "augmented science adventure" kicks off when a high school robot club member is inspired by a girl who programs fighting games. He gets some motion capture assistance from a member of the karate club and sets out to create a robot.

The anime will air in the Noitamina block starting in October.
Posted by anim8trix at 12:07 AM