"It's every man for himself!" 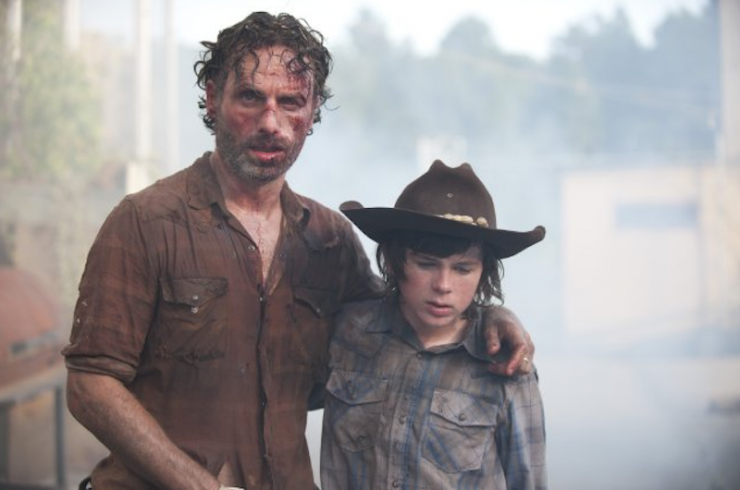 [Source: Syfy.com] Next month, The Walking Dead will return with the second half of season four. The last time we saw the survivors, they were in complete disarray. The separation will play a huge part in the storyline for the upcoming episodes. AMC's released a featurette revealing how the characters are doing on the road.

Co-executive producer Denise Huth believes these episodes return to the core of the show. It's about the loss of family and, in some cases, humanity. "That's such a theme of the show over and over and over again," she said. "Whenever you create a home it will not last long. It will always change and you will suffer more loss. What will you do?"

Everyone's been separated, and most of them are on foot. They're in a weakened state, and we'll see them at their most vulnerable. One thing we found interesting about this video are the pairings, or should we say lack thereof. In the midseason finale, it looked as if everyone got into smaller groups and left. But in the featurette a lot of people are alone. Maggie, Michonne, Daryl, etc.

The producers also pose the question "Will they or won't they cross paths?"
Posted by anim8trix at 12:00 AM