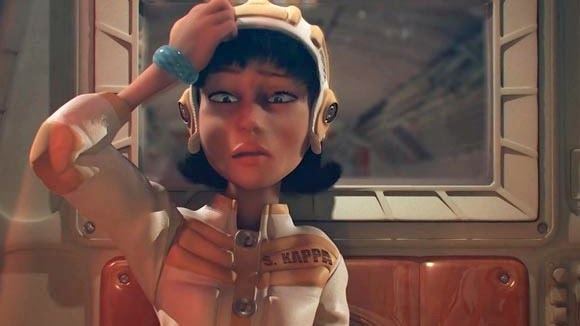 Check out this fantastic CGI animated short film by the talented Daniel Beaulieu! This is his final project from Vancouver Film School's 3D animation program.

"With Malaise I wanted to do a project that was both visually exciting and a demonstration of my abilities as an animator. The look of the piece was influenced by an array of old sci-fi classics ranging from Andrei Tarkovsky's Solaris to Jean-Claude Forest's Barbarella. For the feel and tone of the film it was to Ridley Scott's Alien franchise that I drew inspiration from. I wanted to pursue a slightly more realistic route for the animation so I researched live action movie footage, live reference as well as more recent CG efforts from America and Japan to help achieve to type of movement I desired. This project was a labor of love and I thank everyone who helped bring it to the screen. Enjoy the show!"
Posted by anim8trix at 12:00 AM