An extreme assault of anime awesomeness...
FUNimation brings the Titans this summer!
[Source: Syfy.com] Attack on Titan has a voracious following in Asia, with over 31 million copies of the hit Japanese manga series in circulation since its inception in 2009.  Back home in the U.S., we're just getting warmed up to its epic essences.  Here's a new season-one trailer launched in advance of a summer animated series release, dubbed in English, with colossal beings trying to topple the last vestiges of humanity.   Check it out and hope you're still hungry after the horror ...
Here's the official synopsis:

When the man-eating giants called Titans first appeared, humans retreated behind massive walls. After a hundred years of safety, a colossal-sized Titan smashes through the defenses, unleashing a flood of giants and carnage in the streets. Eren Jaeger watches helplessly as one of the creatures devours his mother.  He vows to kill every Titan walking the earth.  Eren and his surviving friends enlist to fight against the insatiable monsters. The future looks bleak, but there's more to Eren than meets the eye: he may be humanity's last hope against extinction. From the director of Death Note and High School of the Dead comes the series Anime News Network calls "an intense, visceral, and graphic thrill ride." The Titans have come to feast. Anything can happen. No one is safe.

Attack on Titan thunders into stores on June 6,, on Blu-ray and DVD Combo. 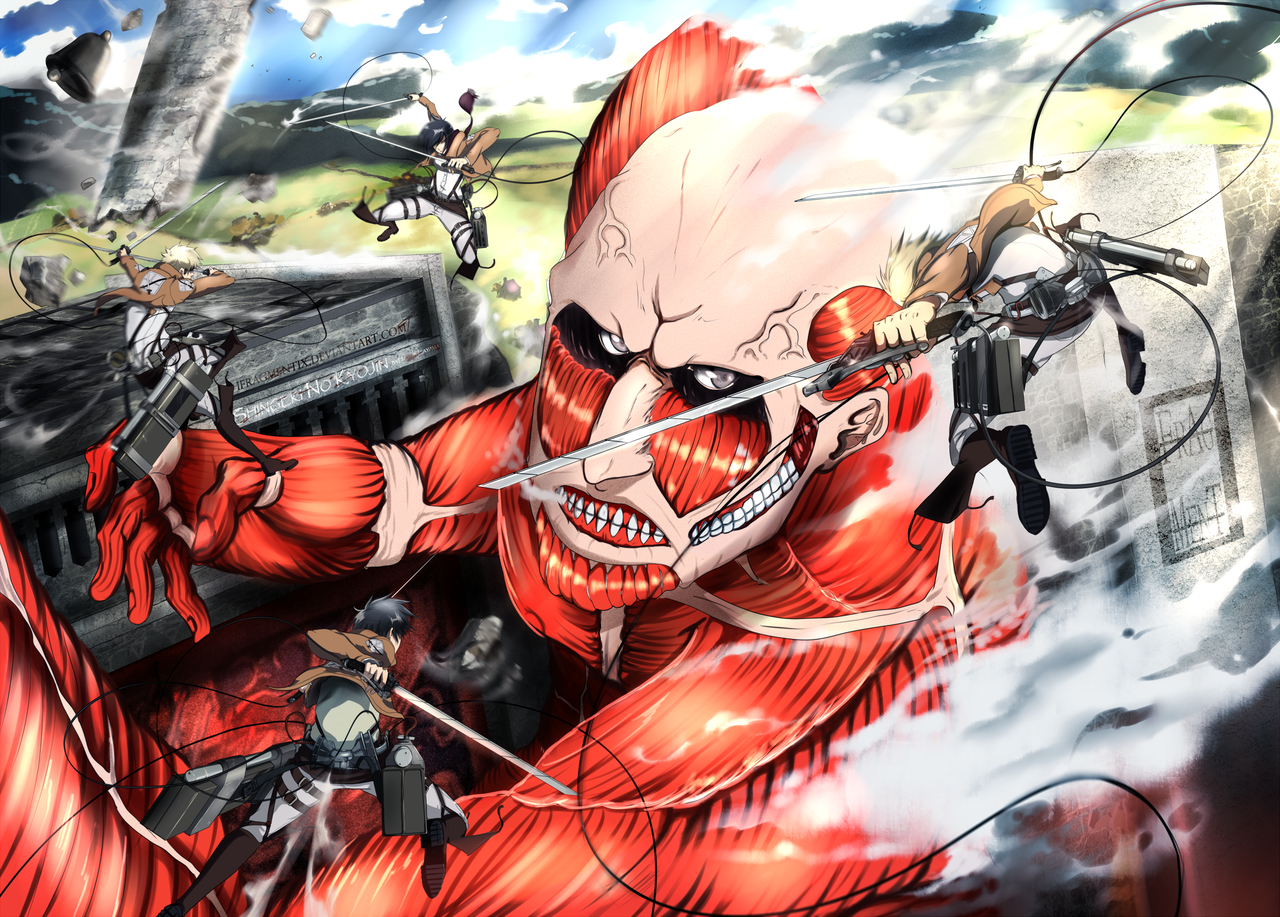