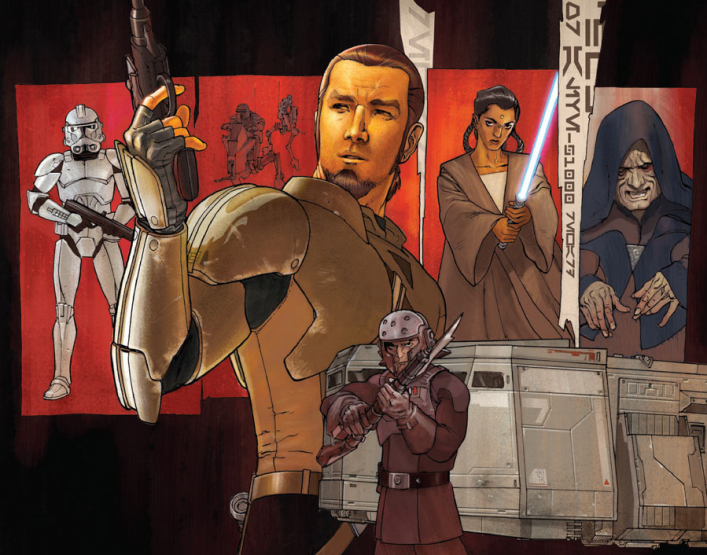 K A N A N :   T H E   L A S T   P A D A W A N
[Source: blastr.com] The newest Star Wars comic from Marvel is Kanan: The Last Padawan, written by Greg Weisman and illustrated by Pepe Larraz. The new series will explore the origins of Star Wars Rebels’ very own Jedi cowboy, Kanan Jarrus. The Last Padawan will explain how a young Padawan by the name of Caleb Dume survived Order 66 and eventually became the rebel hero we’ve all come to know and love.

Here is a synopsis for the upcoming new series:

Kanan Jarrus--in STAR WARS REBELS, he’s a cocky, sarcastic renegade fighting against the Galactic Empire alongside the rag-tag crew of the Ghost...but years before, at the height of the Clone Wars, he was known as Caleb Dume, Jedi Padawan under the instruction of Jedi Master Depa Billaba. Neither master nor apprentice ever suspected that the Clone Troopers they commanded would turn on them upon the issuing of Order 66—the order to execute all Jedi. How did Caleb Dume survive? How did he learn to survive on his own? And how did he become the man we know as Kanan Jarrus? Writer Greg Weisman (writer/executive producer on STAR WARS REBELS, SPECTACULAR SPIDER-MAN) and artist Pepe Larraz (DEADPOOL VS. X-FORCE, THOR, INHUMAN) bring us a tale bridging the years between the Clone Wars and Rebels!

Kanan: The Last Padawan will hit comic-book store shelves on Wednesday, April 1. Will you pick this one up?

Have a look at a few preview pages that show Kanan take on the separatist droid army during the Clone Wars, as well as a couple of very cool variant covers from issue #1, in the gallery down below. 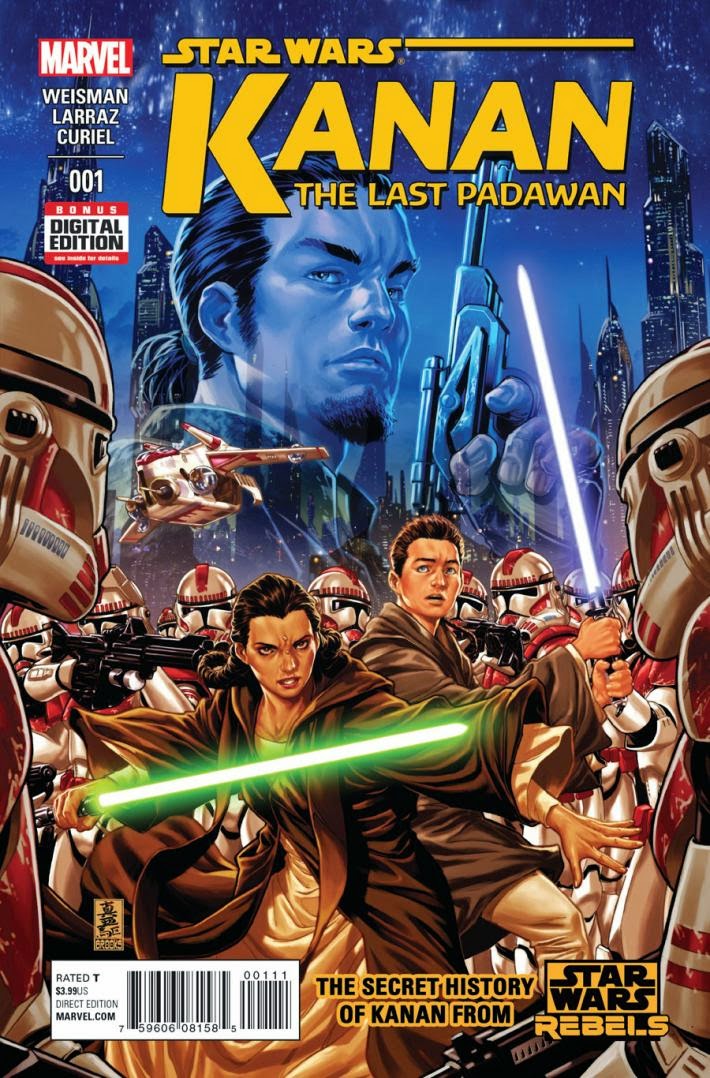 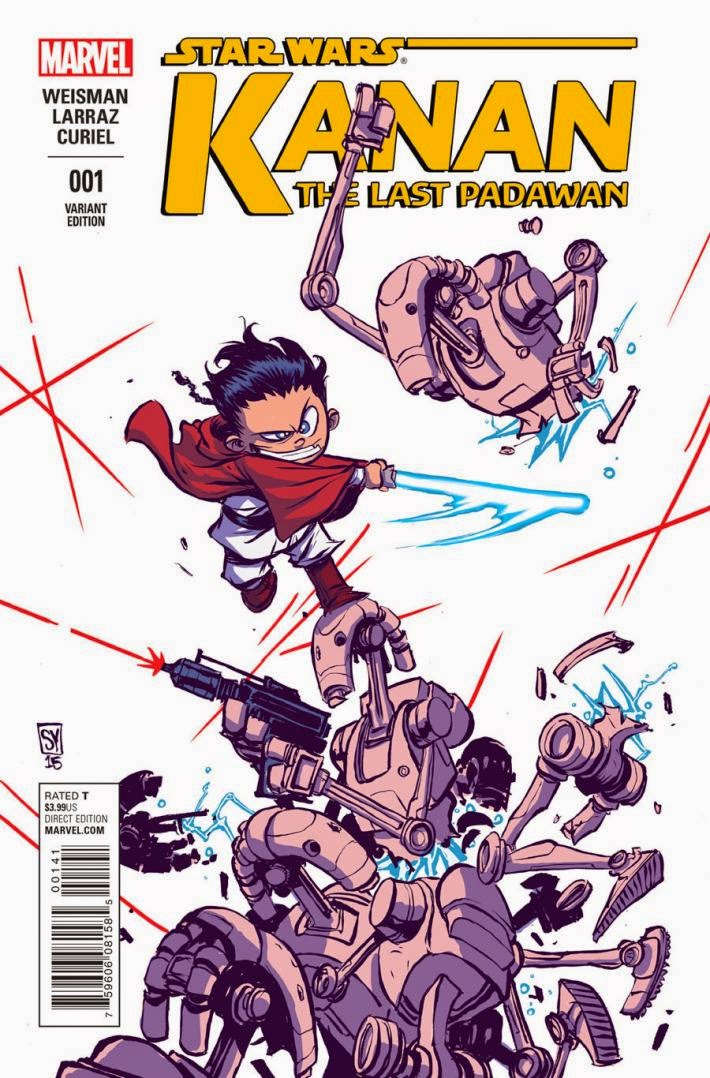 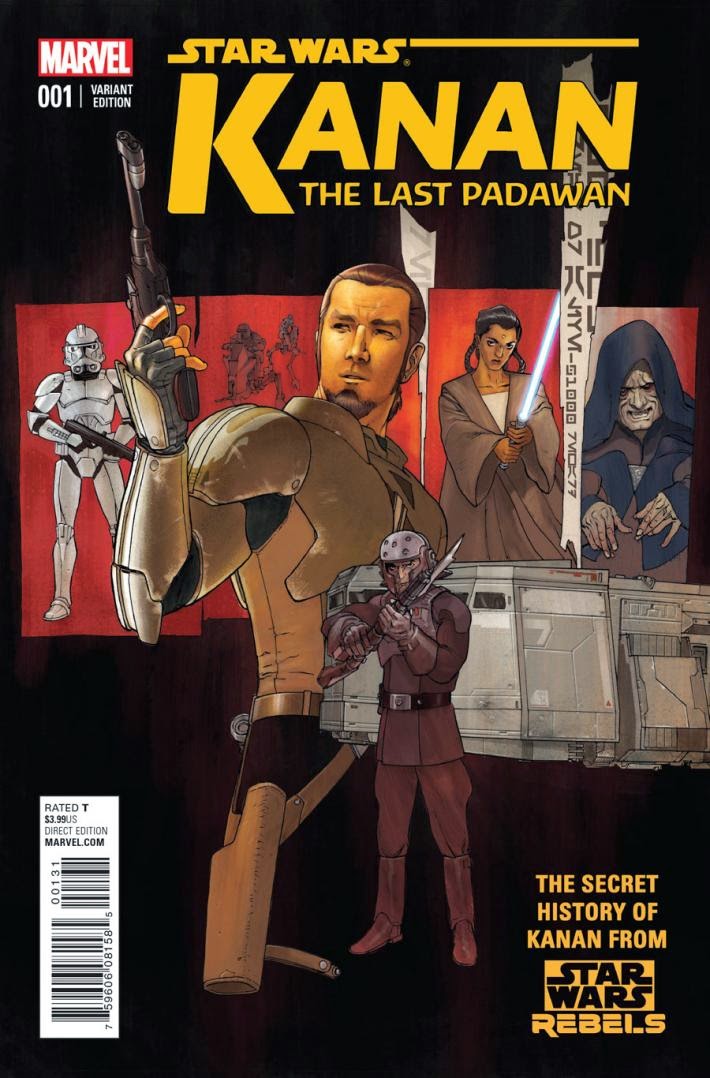 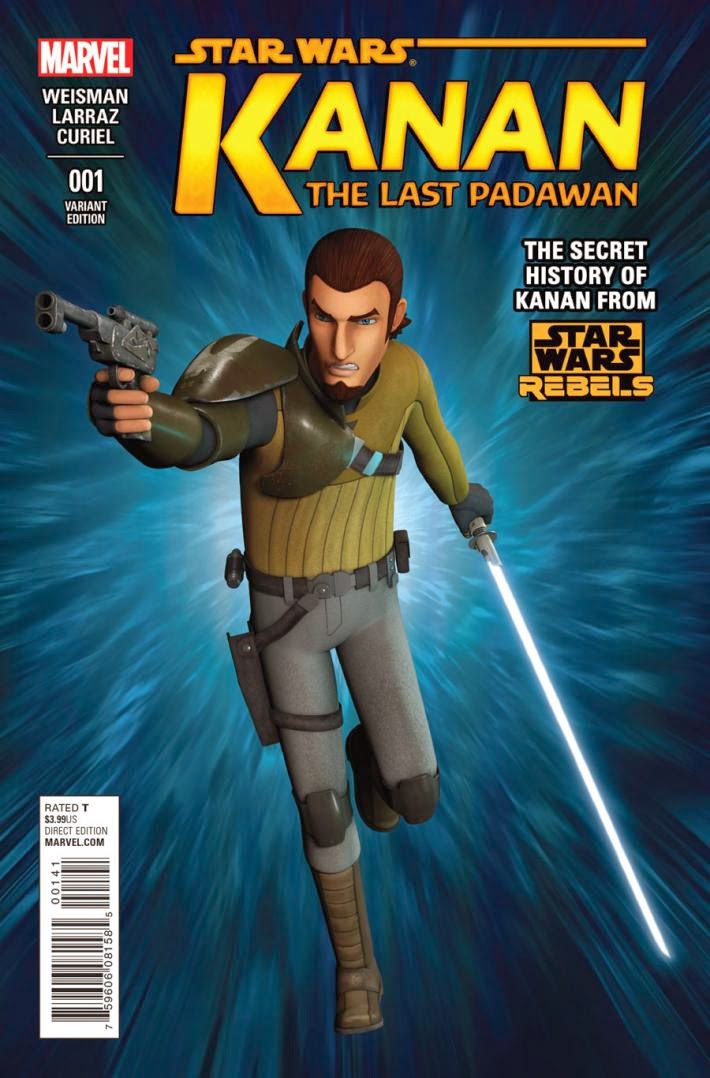 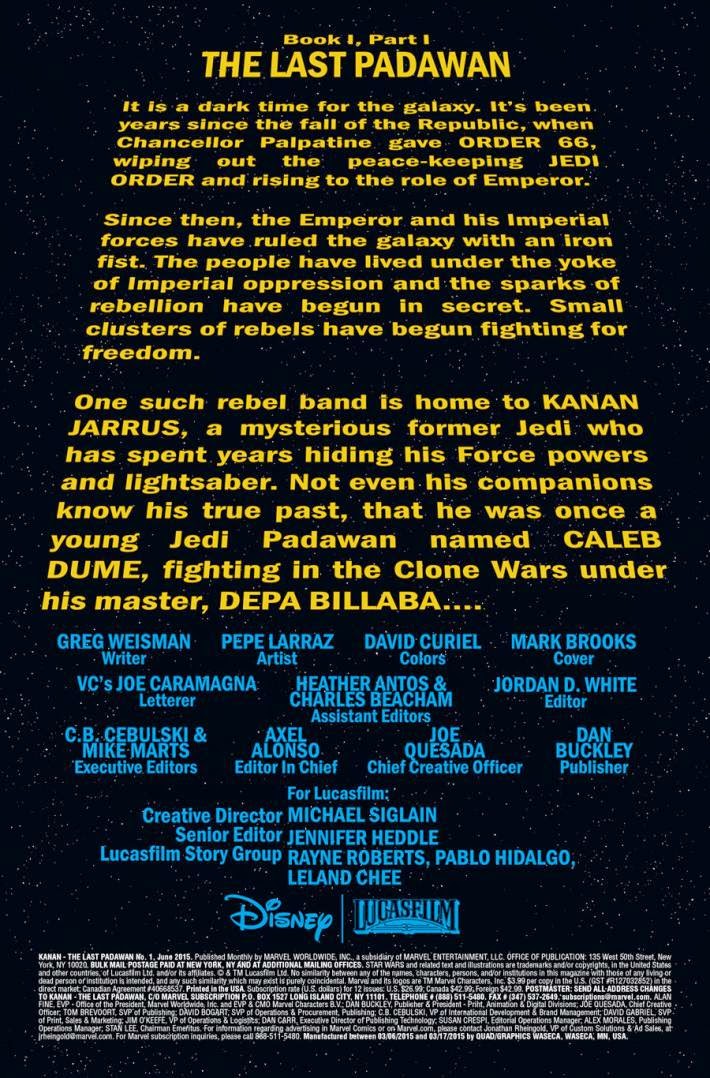 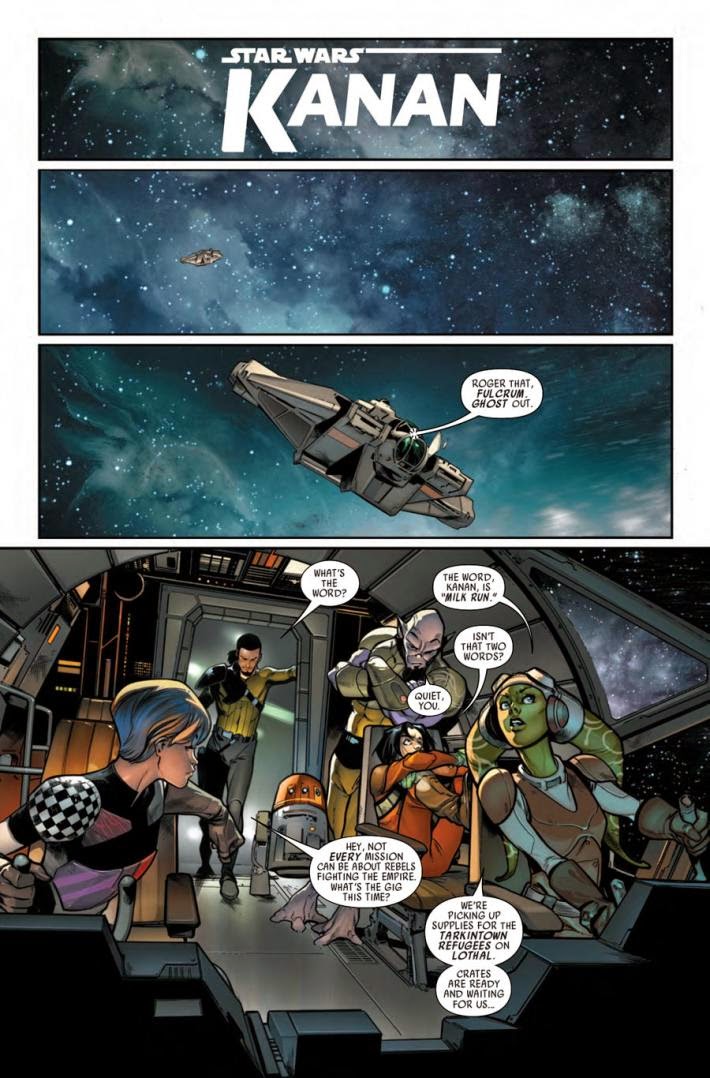 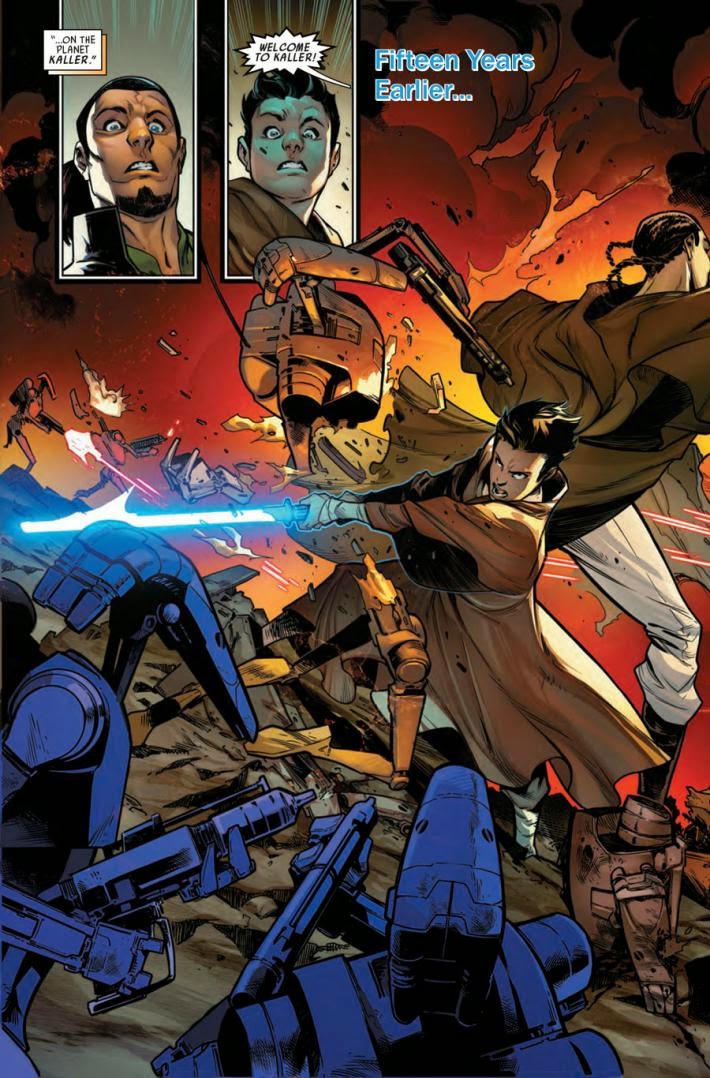 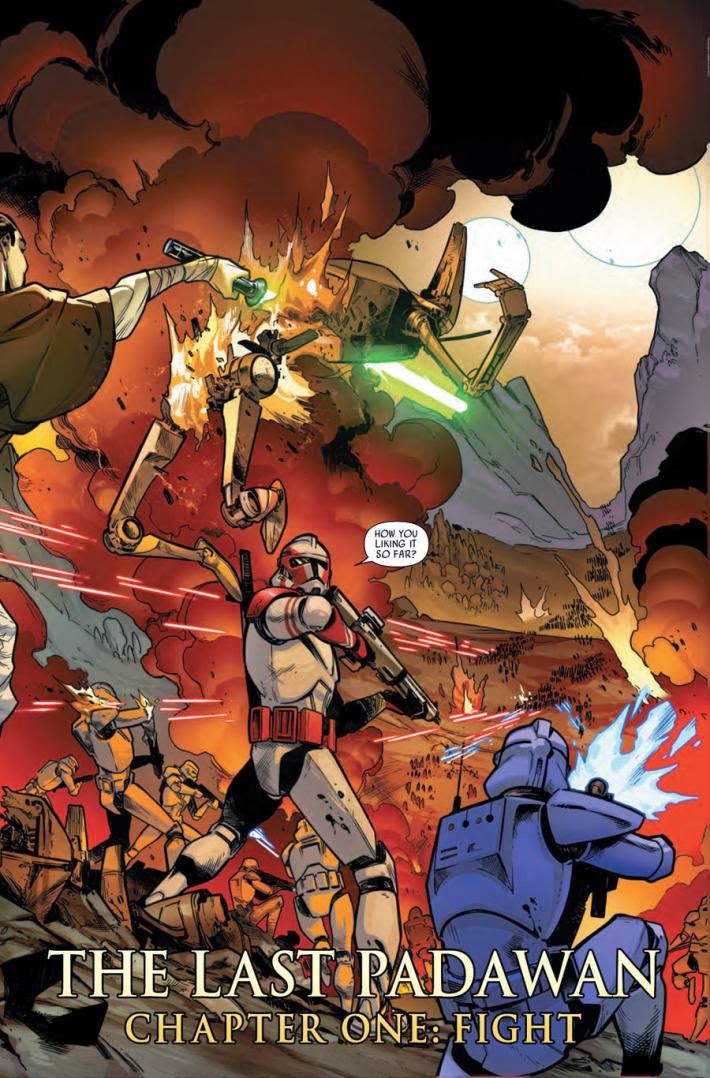 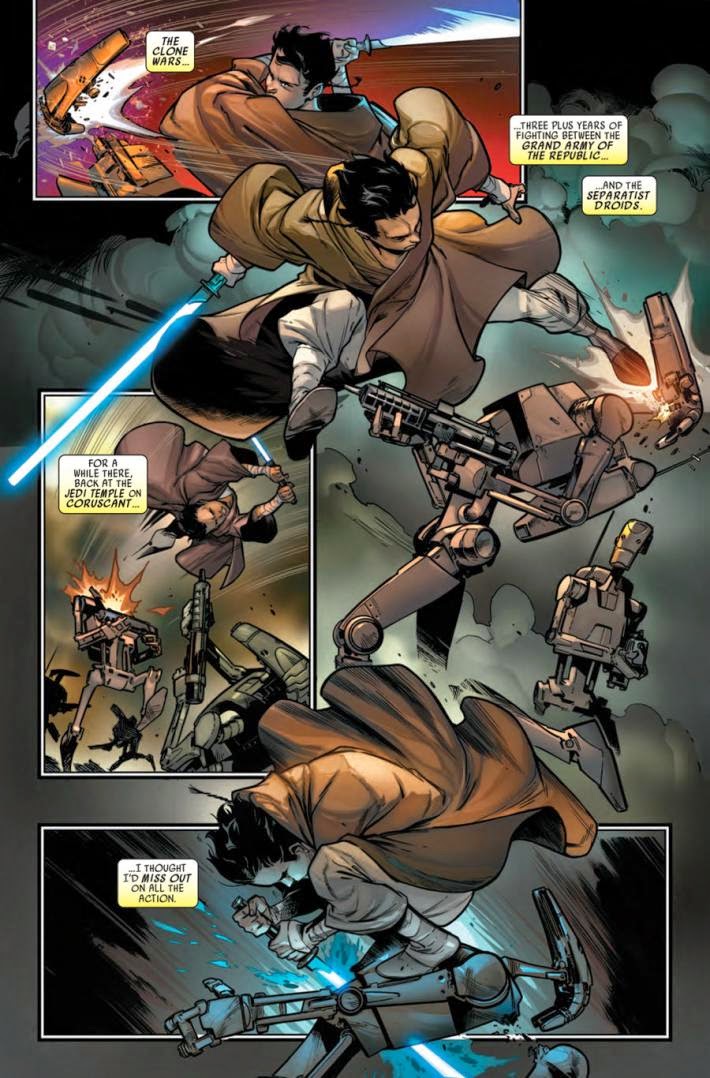