Saturday, March 21, 2015
Wood Dale Public Library
Can I leave my Gundam
in the parking lot? 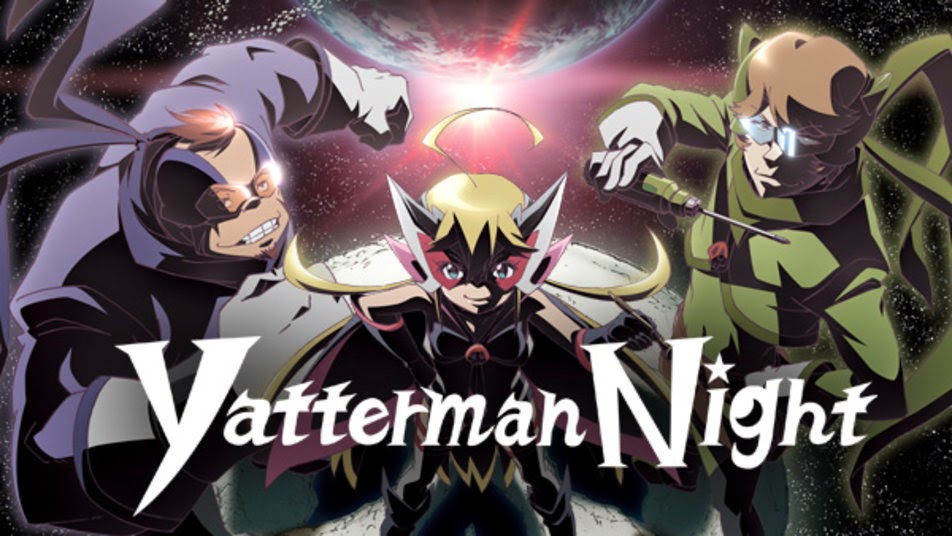 Plot Summary: [Source: Wikipedia] A long time ago, the Yattermen were heroes of justice who fought against the evil Doronbow Gang, exiling them and bringing peace to the Yatter Kingdom. Several generations later, however, the Yattermen have since become corrupt with power while everyone else has been forced to live in poverty and despair. After losing her mother to the Yattermen's selfishness, Leopard, a direct descendant of the gang's leader Doronjo, reforms the Doronbow Gang with Boyacky and Tonzra's descendants, Voltkatze and Elephantus, to rebel against the corrupt Yattermen.

What do you mean they killed off the main characters?
Plot Summary: [Source: Wikipedia] In 1972, an ancient alien hypergate was discovered on the surface of the moon. Using this technology, humanity began migrating to Mars and settling there. After settlers discovered additional advanced technology, the Vers Empire was founded, which claimed Mars and its secrets for themselves. Later, the Vers Empire declared war on Earth, and in 1999, a battle on the Moon's surface caused the hypergate to explode, shattering the Moon and scattering remnants into a debris belt around the planet. Cut off from Mars, the remnants of the Vers Empire established several massive orbital space stations within the debris belt and a ceasefire was established. 15 years later, in 2014, an attack on the Vers princess during a peace mission causes the Empire to launch a new attack on Earth, this time determined to conquer it once and for all. 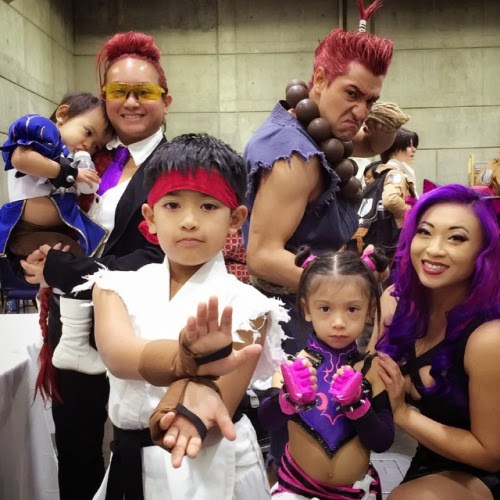 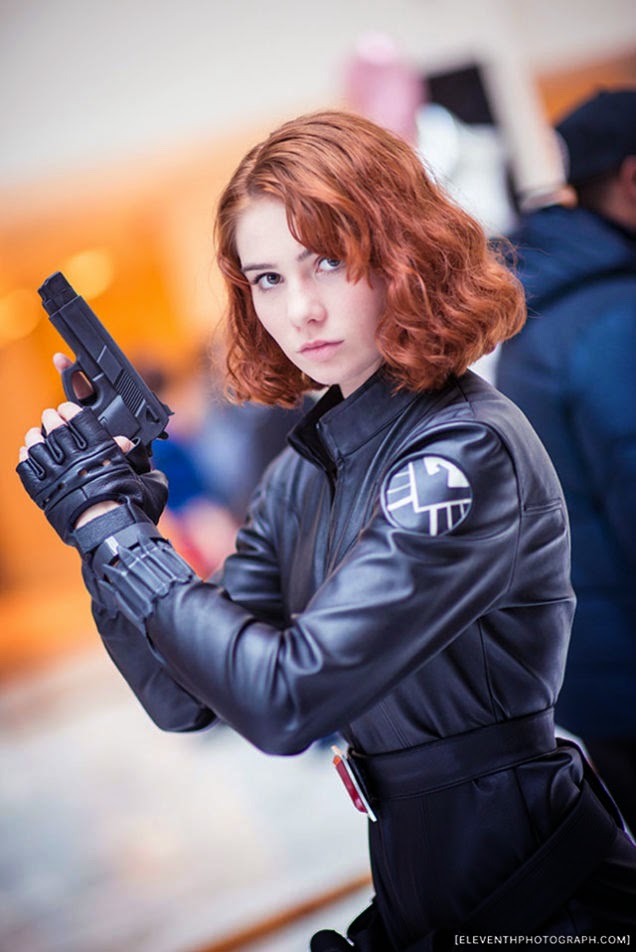 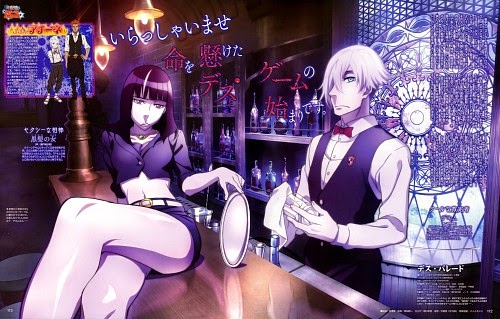 Plot Summary: [Source: Wikipedia] Somewhere there is a mysterious bar known as the Quindecim, where a lone bartender named Decim works. Whenever two people die at the exact time and emerge from the bar's elevators, those two must participate in a Death Game with their lives on the line, the results of which will reveal what secrets led them there and what their fate will be afterwards. 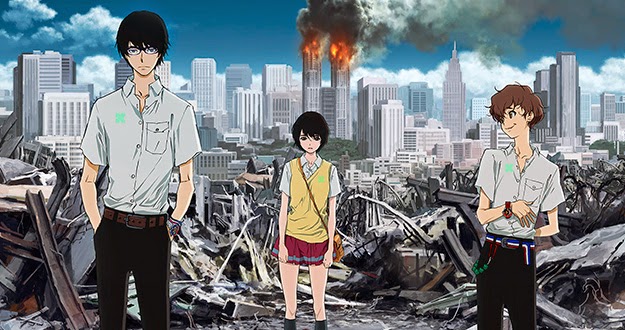 Plot Summary: [Source: Wikipedia] In an alternate iteration of the present, Tokyo has been hit by a terrorist attack that has devastated the city. The only evidence of the culprits is a cryptic video uploaded to the Internet, which sparks paranoia across Japan. Unbeknownst to the authorities is that the terrorist masterminds—who call themselves "Sphinx" (スピンクス Supinkusu)—are two teenaged boys who go by the names Nine and Twelve. Though they apparently should not exist, they have nonetheless decided to "wake up the world" with their heinous plans of destruction, with their fingers on the trigger 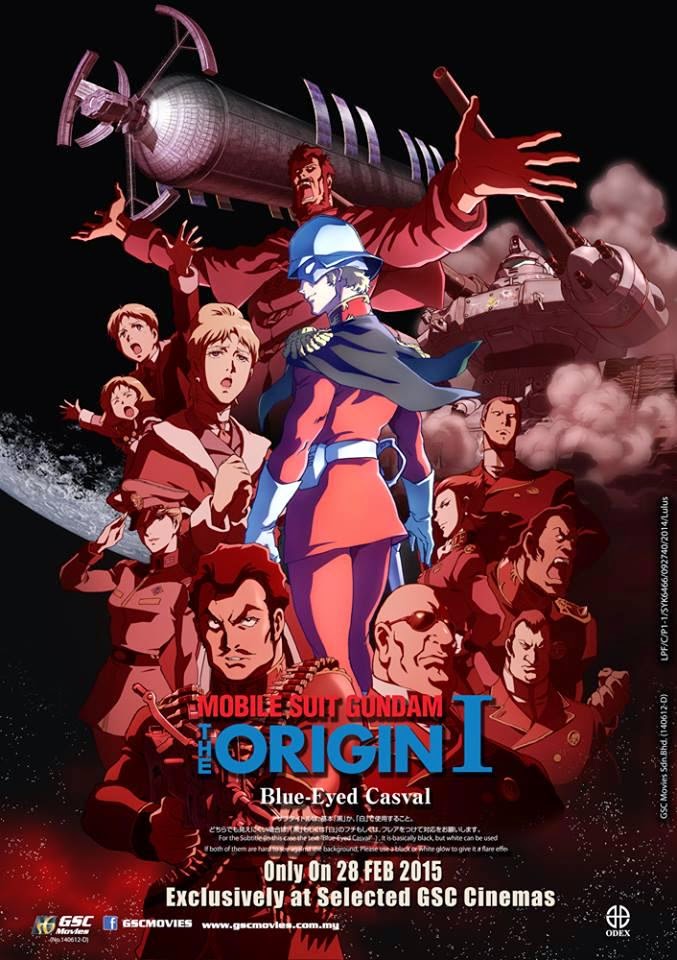 Plot Summary: [Source: Wikipedia] The plot of the manga follows somewhat closely the plot of the original series. It is the year Universal Century 0079, and the eighth month of a vicious war between the Earth Federation and a breakaway nation of space colonists, the Principality of Zeon. The story follows the crew of the ship White Base, as they fight to ferry the experimental RX-78 Gundam mobile suit to the Federation base at Jaburo.

Although for the most part faithful to the original series' plot (all of the major events unfold in mostly the same manner as the TV series, though often in different locales), Yasuhiko has taken the liberty of changing certain elements in the series universe, giving a different character to the series and the struggle that unfolds. Primary among these is the presence of mobile suits in both sides well before the conflict begins—in fact, in the flashback sequences, both the Earth Federation Forces and Zeon use Guntanks in 0068, and they and the Guncannon mobile suit are described as "obsolete" and fit for target practice in the first volume (in the TV series proper, both units were as new as the Gundam itself, designed to serve as long and mid-range fire support units).

Other differences concern the breadth of the Gundam's journey to Jaburo. Where it's implied that the White Base's journey to Jaburo in the series was pretty much a circumnavigation of the globe unconnected to many real-world locations, Yasuhiko's journey places the White Base's landfall near Los Angeles, the headquarters of Garma Zabi (in the series, Garma was based out of a generic "New York"—Origin in fact states the Zeon occupation HQ as Los Angeles City Hall, with Garma residing in Hollywood/Beverly Hills) and moves the craft steadily to the southeast, and down the South American coast—past Caracas, Venezuela and through Macchu Picchu and into Brazil, where Jaburo, the headquarters of the Earth Federation, is located. This retelling cuts out some of the more trivial encounters seen in the original series, while keeping and expanding on important characters like Garma, Ramba Ral, and the Black Tri-Stars. As a direct result the events of Operation Odessa which takes place around the Ukrainian city of the same name, occur after the events of Jaburo, as opposed to the anime where they occur before.

Yasuhiko further finally tells the entire back story of the Gundam universe in the manga. After the successful defense of Jaburo, the story diverts into a very in-depth flashback, told primarily from the viewpoints of Sayla and Char (with a secondary thread being told from Amuro's POV) recounting the downfall of Zeon Zum Deikun, the rise of the Zabi family, the construction of Side 7 and the research into Mobile Suits, and leading up through a decade until the launching of the One Year War. It also goes into detail answering many previously unanswered questions such as the appearance of heretofore unseen Zeon mobile suits prior to the MS-05 Zaku I, how Dozle Zabi received his trademark scars and even the origin of Casval Deikun/Edward Mass' "Char Aznable" identity. Volume fourteen, deals with the Battle of Loum at the beginning of the One Year War, and is the last piece of the in-depth flashback.

The story shifted back on track to the original anime's storyline, featuring the White Base's involvement in the Federation's Operation Odessa, as well as including Kai Shiden's encounter with Miharu. Afterwards, the manga deals with the end of the Odessa campaign and (in another departure from the series) takes M'Quve and his Gyan out of the picture before he has a chance to confront the Gundam.
Posted by anim8trix at 12:00 AM