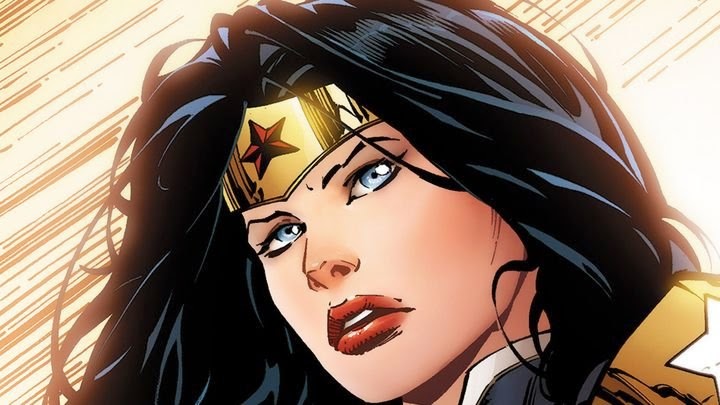 W O N D E R   W O M A N
[Source: Yahoo!News] In 2011, when the New 52 was announced, among the many uncertainties about the future of the DC universe was one small detail that most folks have probably forgotten about by now. It was entirely unclear whether Wonder Woman would be wearing pants.

In the first image of the new Justice League line-up in their redesigned costumes, she was. When the cover of the newly renumbered Wonder Woman #1 was revealed, she was. In a small panel in the corner of some free promotional material... she wasn't. Her costume ended in a familiar leotard bottom. When questioned, DC Comics responded that the pants-less costume was actually her official look, and presumably hoped that no one would ask any questions about why she'd been depicted in pants or when the decision had been made to strip her of them. Or, indeed, why any pants-related decisions hadn't been firmly made in the months of time leading up to the announcement of the New 52.

Personally, I'm staunchly Pants Positive, Strapless Negative. Which is why I'm hoping this new costume, which was designed by current Wonder Woman artist David Finch and will be debuting along with DC's announced new direction with June's Wonder Woman #41, isn't just a gimmick or temporary battle armor. It should stick around. 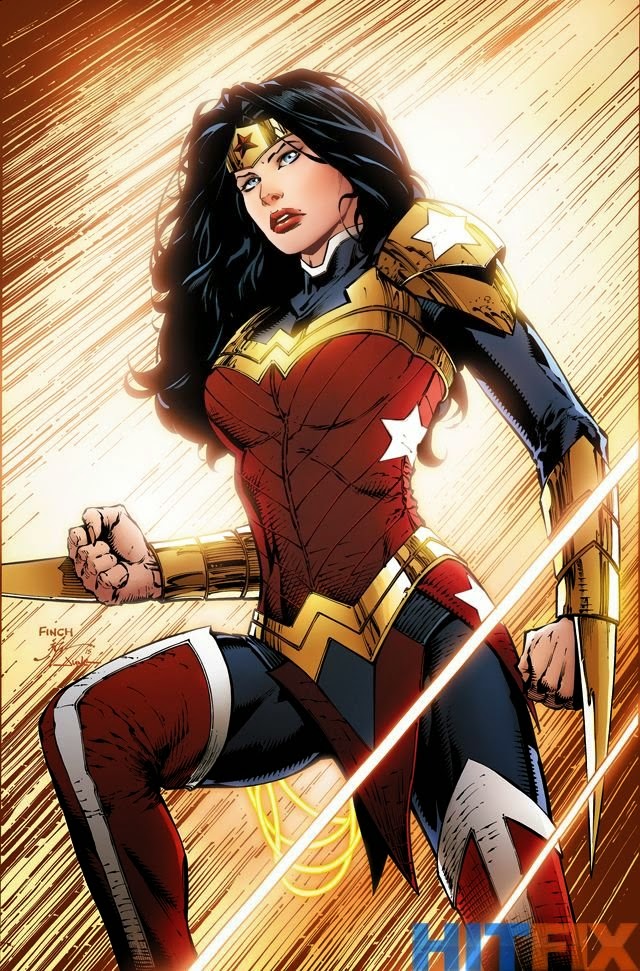