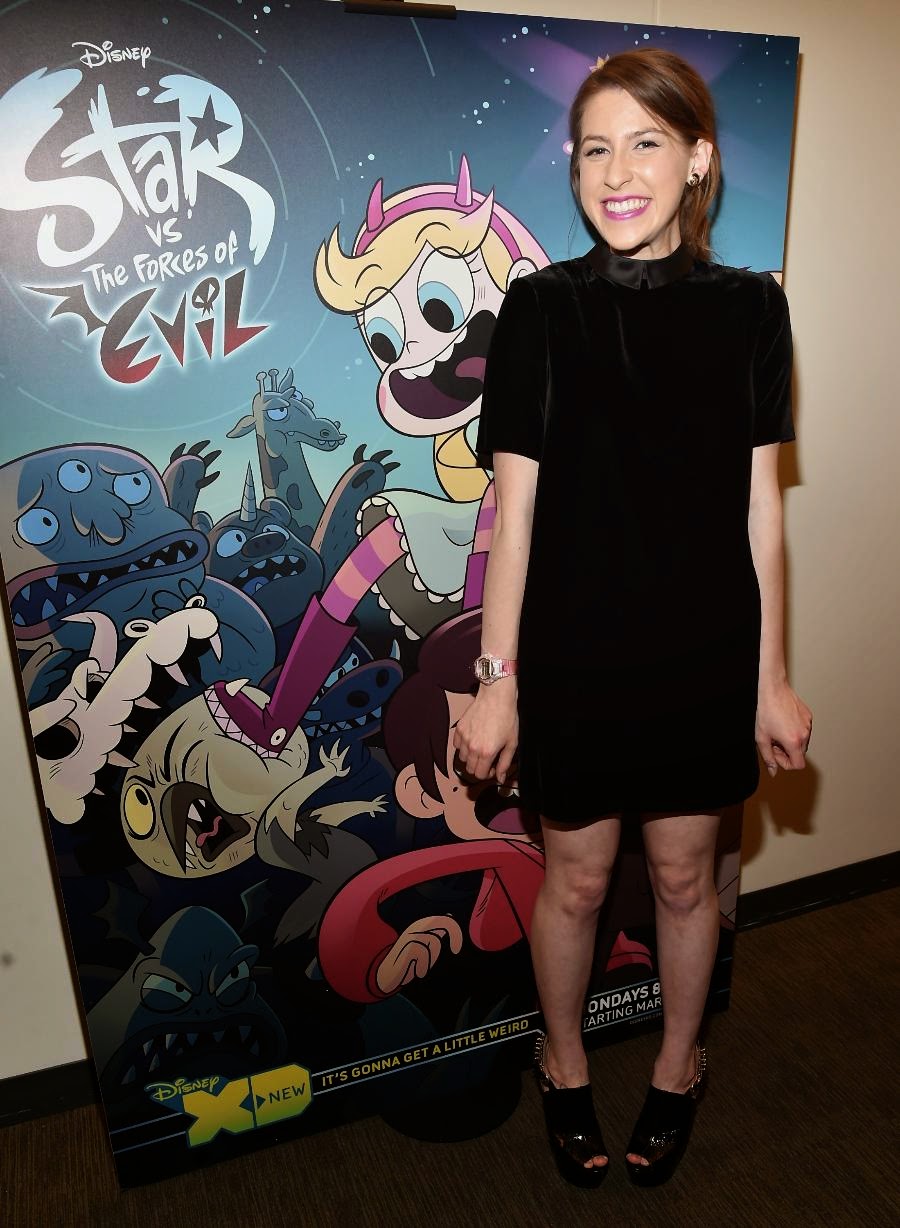 EDEN SHER on "STAR vs THE FORCES of EVIL"
[Source: Yahoo!TV, by Victoria Leigh Miller] Step aside, Cinderella and Snow White, there’s a new princess in town and she’s kicking butt. The new Disney XD series Star vs. the Forces of Evil doesn’t officially debut until March 30, but the fandom has already started for animated princess Star Butterfly (Eden Sher) and her earthling bestie, Marco (Adam McArthur). Ahead of the show’s premiere, a second season has already been ordered, a concept that stunned even its star.

The buzzy adventure comedy comes from artist and creator Daron Nefcy, and it follows Star, a wand-toting teen princess from another dimension whose royal parents send her to Earth to live with the Diaz family. Star and her BFF Marco Diaz give her wand a workout as they battle villains — and not just the kind in their high school hallways.

In this exclusive Star vs. the Forces of Evil clip from the episode “School Spirit,” Star shows off her school spirit (or at least her protective nature) after she overhears that her high school’s football team is going to “get slaughtered” by the competition. Turns out the lingo on Earth is different than in her home dimension of Mewni, so Marco will have to do damage control, pronto.


In addition to the sneak peek, Star's Sher (who also plays adorkable teen Sue Heck on ABC’s The Middle) talks to Yahoo TV about her voice acting debut, who she considers to be her real-life Marco, and what she’d do with her own magic wand if she had one. (Hint: It’s awesome.)

First of all, I can’t get Star’s theme song out of my head. That is the greatest song.
Right? The first time I heard it, I was like [starts singing theme song]. I know, it’s so great. I [need to find out] the name of the band who did it.

I’ve been singing it all day. Anyway, so your new show, Star vs. the Forces of Evil, was already renewed for a second season ahead of the premiere. How does that happen?
You tell me! I don’t know. I was so… I was like, “Does that happen? Is that a thing that happens in life?” I was like, wow, these fools that have put that much faith in me.

It is incredible and it doesn’t happen often.
No, and you know what, I shouldn’t have even been so self-aggrandizing to think that they’re putting faith in me. The faith is more in Daron and the team. They’re all amazing.

Well, I think it’s in you, too. I know the show got a lot of buzz at Comic-Con. Do you know anything about how fans and social media played a part in generating interest for the show before it even aired?
I kind of do my job and then let other people do that kind of thing. I heard about it — I mean the response — and it was like, cool, I’m glad that it matches my response to it, which is probably the same, but of equal or greater value. … So, I’m sure it played a part. I remember seeing a lot of, like, as soon as I went in to record the last few episodes, there was, like, they already had an entire wall of fan art. 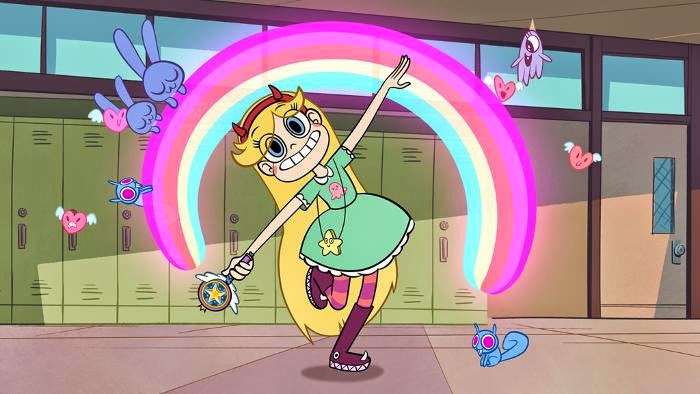 Tell me about your character, Star Butterfly.
She is the most kick-ass Disney princess that has ever existed… she’s like me without a filter, I would say. She’s pretty unapologetic about who she is, what she does, and she just loves to kick ass. Like, what is it, “kickin’ butt and takin’ names” or whatever? She does that all while remaining… there’s this whole “if you’re gonna be boys” club or whatever, it’s kind of like, “No no no no no, I’m gonna make my own club, because I’m gonna be totally, totally unapologetic for everything I do, but I’m also gonna be supergirly.” She’s not a tomboy, she’s not one of the boys, she’s a girl-ass girl.

So let’s talk about Star’s wand. Anything she thinks, it creates. If you had that wand in real life, what would you create?
Oh my God. This is a dangerous, dangerous question. First things first. I would create a house in which I have an always recovering but like constantly regenerating whole glass wall, so when I get angry I could just throw shoes through it. And then probably an unlimited supply of peanut butter — crunchy, organic peanut butter with the perfect crisp yellow-green apples and bananas. And an unlimited supply of any scrunchie that I envision, which is like in my hair in a perfect bun. 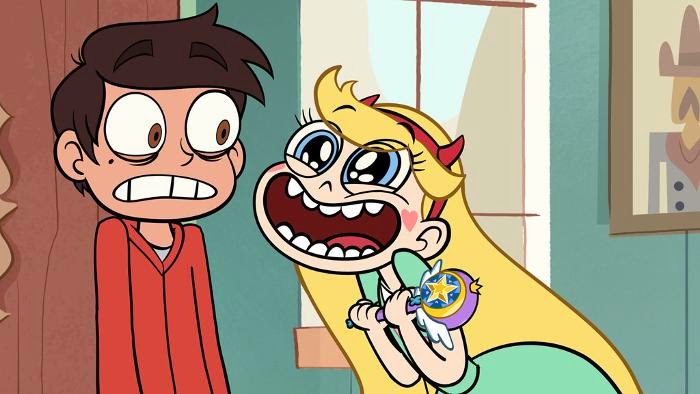 What’s up with Star’s relationship with Marco? Fans are already shipping them.
I know, I think it’s silly! It’s actually funny. Talking about The Middle, Charlie McDermott, who plays Axl on the show, is like one of my best friends in real life, and I kind of observed throughout the season while recording this… I was like, oh my God, Star and Marco, it’s me and Charlie! Completely. And then Charlie just came with me to this panel we did for women in animation, so I got to introduce my real-life Marco to everyone. … But Star and Marco, it’s just kind of, no, they’re best friends! It’s almost better because they’re just like a team for life. There’s nothing wrong with romance, but I don’t think that’s Star and Marco.

You’ve been vocal about the lack of female creators and directors in the TV industry. Daron Nefcy is only the second woman to create a series for Disney animated television, so I’m wondering, did that influence your decision to work on the show?
No, that’s the thing, I didn’t even know that. I had no idea. … If the same exact show happened to be created by a man, I would have [done it]. … It was great, the script was amazing. Everything was amazing about it … so like more so, I would have been like, “How did a man come up with this?” [Laughs.] … You know, I do have an affinity for kick-ass women, but if it were a s—tty script I still wouldn’t have done it.

Had you done any voice work before playing Star?
No, it was really enlightening, actually, recording the pilot. Daron tells this story about how she knew I was meant to play Star when we were recording the pilot. I had no idea what the hell I was doing and I started jumping while recording. … They were like, “You can’t jump, the mic picks up the sound.” So I had no idea what I was doing. … I definitely learned a lot about what voice acting is as a concept. 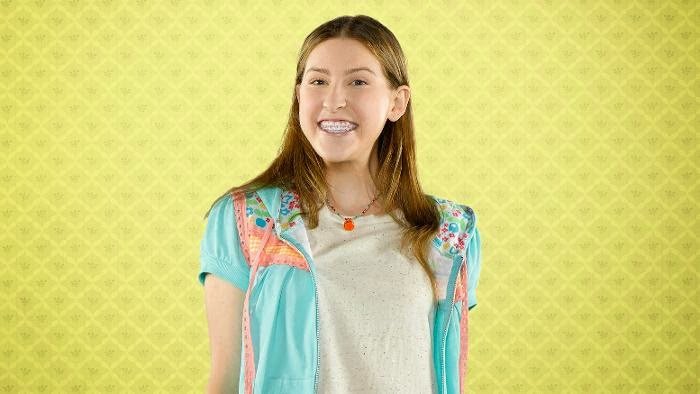 What’s more challenging: Doing voice work for Star or playing the role of Sue Heck on The Middle?
Completely different skill set. I would say the one challenge that they have in common is just the amount of energy required. They’re both challenging in that way. But it’s funny, when I’m Sue I can rely on… I love physical comedy. I didn’t realize, it’s not a crutch, but if you’re doing voice acting, you can’t rely on any sort of body [language]. It’s almost like you then have to figure out a way — how could I move my throat and voice to convey this body motion? And it’s just given me a whole new respect for voice actors.

Speaking of The Middle, with Sue set to go off to college next year, how will that change the dynamic of the show? I’m secretly hoping she decides to go to community college and live at home.
They don’t really tell us anything, so I have no idea. I imagine just as they sort of seamlessly transitioned Axl out of the house, they’ll do just as good a job with Sue. They’ll keep her around, but definitely it’s gonna be a change, a shift. Oh my God, I’m excited to have the change.

Are we going to ever see Darrin (John Gammon) again? That “Goodbye, Sue Heck” seemed pretty final.
Yeah, I don’t really know much, but I think I can safely say that chapter… I love, love, love Sue and Darrin, I loved them, but I think it was time. We played it out. We did it, it was a respectable ending. It was awesome, and now on to bigger and better.

Email ThisBlogThis!Share to TwitterShare to FacebookShare to Pinterest
Labels: cartoon, disney, eden sher, star vs the forces of evil, tv