'Lost in Space' coming to Blu-ray

L O S T   i n   S P A C E
[Source: blastr.com] Piece by piece our fractured childhoods are being resurrected with fresh Blu-ray remasters of our all-time geeky classics.  Last year, it was the '60s Batman TV series getting the digital makeover; now the entire run of Irwin Allen's Lost in Space is up for instant adoption when September rolls around.

For many, this episodic series, first broadcast on CBS from 1965-68, was a cherished part of their youth, whether viewing the episodes during its initial showing or in syndicated after-school reruns. 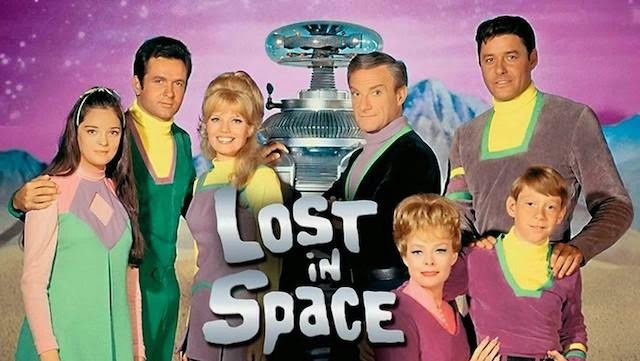 The weekly plight of the Robinson family and their odd adventures aboard their circular Jupiter 2 spaceship with the nefarious Dr. Smith and "Danger, Will Robinson" robot was an amusing and inventive space odyssey with just enough humor and heart to make you ignore some of the cheap special effects and sets.  This epic 18-disc presentation will showcase all 83 episodes in sparkling HD with a galaxy of special features, including new on-camera cast interviews, screen tests, the un-aired extended pilot, an artwork gallery, the 1973 animated special, documentary featurettes, archival footage from creator Irwin Allen's personal collection, TV spots and loads more.

Danger, Will Robinson! Danger! Twentieth Century Fox Home Entertainment pays tribute to one of the most iconic television series of all-time as “Lost in Space” – The Complete Series arrives on Blu-ray for the first time ever on September 15. Running from 1965-1968, this collection allows fans to bring home Irwin Allen’s intergalactic family saga that earned an enormous following of devoted fans over the years. Set in the space age future of 1997, follow the heart-racing, cliff-hanging adventures of John Robinson™ and his family aboard the Jupiter 2™, along with Robot B-9™ and the delightfully devious Dr. Zachary Smith™.
Produced with Space Productions, Inc. and Synthesis Entertainment, this massive 18-disc set contains all 83 episodes remastered in high definition, and over seven hours of exciting extras with recently discovered content you won’t find anywhere else in the galaxy. It’s out-of-this-world fun for everyone! Highlights include new commentaries on classic episodes with the original cast, 50th anniversary interviews with the original series cast and hours of archive footage offering incredible and unprecedented access into Irwin Allen’s personal archives. In addition, the Blu-ray includes an exclusive cast performance of Bill Mumy’s unproduced 1980 epilogue script, featuring Mumy, Angela Cartwright, Marta Kristen, Mark Goddard and more!