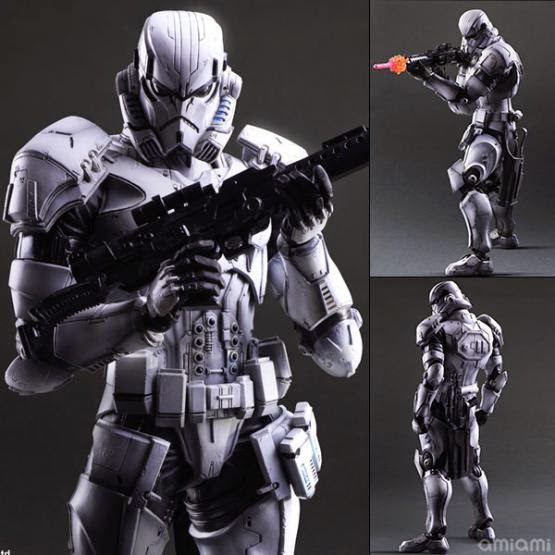 S T A R   W A R S   F I G U R E S
[Source: blastr.com] We've known what Darth Vader and his white-clad group of stormtroopers have looked like since 1977 and, as for Boba Fett, we met him as early as 1978. But artists have different ways of looking at even the most familiar characters. The artist who developed these action figures for model sellers AmiAmi sees these characters as we do...but on steroids.

These Other Variant Play Arts Kai action figures are muscled beyond nature and look angry, to boot. While Darth Vader looks more trim and quick, Boba Fett looks bulkier and more threatening. Plus, the stormtrooper's legs are solid enough to stand against a tide of Ewoks.

According to Polygon, these figures were imagined by videogame developer Square Enix.

These 10-inch figures can be preordered for 9180 yen or about $76. They will be released some time in late July 2015. Figurine fans, be prepared to make room on your shelf. Lord Vader commands it. 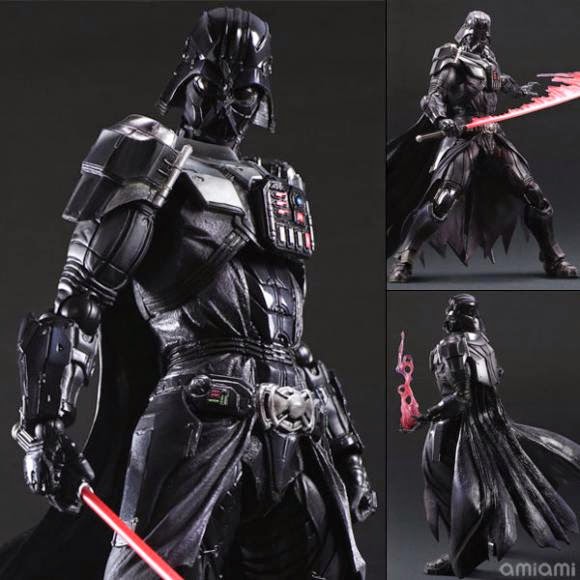 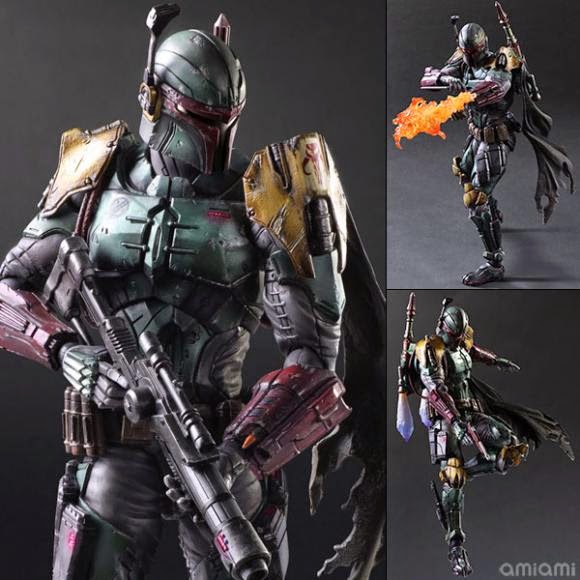