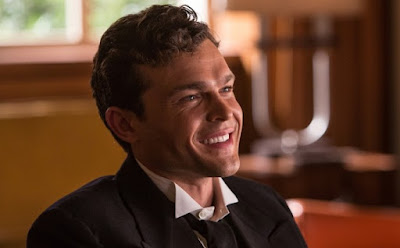 Y O U N G   H A N   S O L O
Multiple sources are now confirming that 26-year-old Alden Ehrenreich, who played budding movie star Hobie Doyle in the Coen Bros.’ “Hail Caesar,” has signed to play the lead in Lucasfilm’s untitled Young Han Solo movie. The “Star Wars” prequel will be directed by Phil Lord and Chris Miller, the fellows behind “22 Jump Street” and “The Lego Movie.” Screenwriter Lawrence Kasdan (“Raiders of the Lost Ark,” “The Empire Strikes Back,” “The Force Awakens”) and his son Jon scripted.