Darwyn Cooke passes away at 53 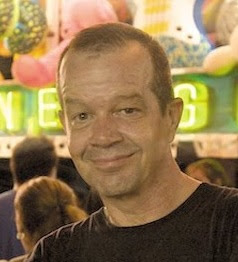 DARWYN COOKE
(1962 - 2016)
[Source: blastr] Darwyn Cooke, one of the most celebrated comic book writers and artists of his generation, passed away overnight at his home in Florida, just one day after his wife announced he'd received treatment for an "aggressive" form of cancer. He was 53.

Cooke's family announced his passing early this morning on his official website, asking that the public respect their privacy and requesting that donations be made in his name to the Canadian Cancer Society and to the Hero Initiative, a nonprofit group that helps comics creators with medical expenses. 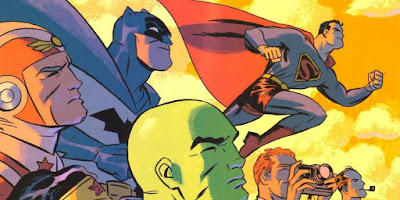 Cooke's first comics work dates back more than 3 decades, but his breakthrough with superheroes didn't happen until the early '90s, when he joined producer Bruce Timm's team at Warner Bros. animation. After working as a storyboard artist on both the Batman and Superman animated series -- where his art style fit right in -- he created the iconic main titles for Batman Beyond. Then, it was time to go back to comics.

In the 2000's, Cooke cemented himself as one of DC Comics' finest creators, collaborating on a Catwoman run with Ed Brubaker and winning an Eisner for his issue of the anthology project Solo. His most famous work, though, might be the miniseries The New Frontier, a story that redefined the way we look at Silver Age superheroes and became indispensable to readers who want to know the history of the DC Universe. In recent years, Cooke busied himself with several adaptations of Donald Westlake's Parker novels, winning three Eisners for four different adaptations as he produced a group of definitive crime comics.

Cooke was one of the most acclaimed comics creators of his age, winning 13 Eisner Awards for his penciling, writing, lettering, and design work. His art style was timeless, as much at home in the pages of a superhero epic as in the pages of noir story. He was also beloved by his peers, as the outpouring of tributes today proves. 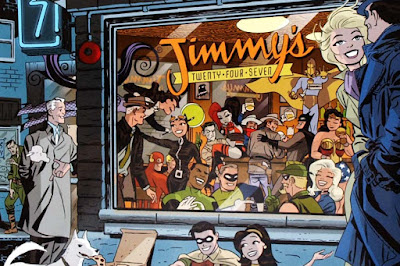