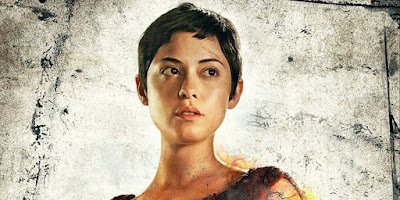 R O S A   S A L A Z A R   is...
Looks like James Cameron and Robert Rodriguez have finally found their female lead for Alita: Battle Angel.


According to Collider, Rosa Salazar (Insurgent, Maze Runner: The Scorch Trials) -- who has quite the résumé already for a young up-and-coming actress -- has nabbed the title role of the cyborg bounty hunter, beating out Maika Monroe (It Follows), Bella Thorne (Amytiville: The Awakening) and Disney sensation Zendaya (Spider-Man: Homecoming).


The dynamic duo had been looking for the perfect lead for quite some time -- even though the 20th Century Fox movie has yet to be greenlit, hence the current lack of a planned release date -- with their search narrowing down to these four actresses a month ago.


Cameron was originally slated to helm the sci-fi movie that's been a passion project of his for years but, being otherwise occupied with his ever-expanding Avatar movie franchise, Cameron personally chose Rodriguez to replace him as director last year. Even though he's no longer sitting in the director's chair, he'll stay on as producer.


Set in the 26th century, the story revolves around an amnesiac female cyborg named Alita who’s discovered by a scientist in a scrapyard and rescued. Having no memory of her past except for her deadly martial arts skills, she becomes a skilled bounty hunter, tracking down vicious criminals. The upcoming action-adventure movie will explore a young woman’s journey of self-discovery and search for love. 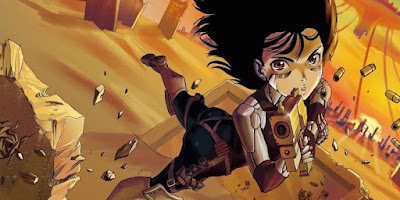