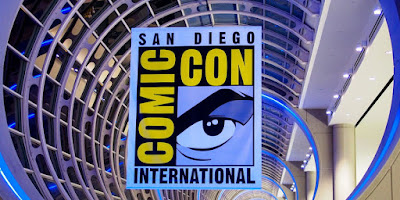 San Diego Comic-Con 2016
[Source: blastr] It's where the Avengers first assembled, where we learned Batman would face Superman, and the site of the most incredible Star Wars concert ever (complete with lightsabers).

San Diego Comic-Con, the most important annual event in the geek universe, is back next week, and if you're attending, here are the events you can't miss if you're looking to make your con experience a memorable one. 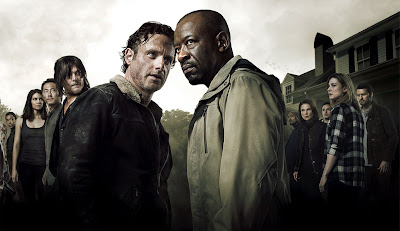 Official description: Andrew Lincoln, Norman Reedus, Steven Yeun, Lauren Cohan, Danai Gurira, Chandler Riggs, Sonequa Martin-Green, Michael Cudlitz, Josh McDermitt, Ross Marquand, Christian Serratos, and Jeffrey Dean Morgan join executive producer and showrunner Scott M. Gimple, executive producer Robert Kirkman, executive producer Gale Anne Hurd, executive producer Dave Alpert, and special effects makeup supervisor and executive producer Greg Nicotero in a panel moderated by Chris Hardwick (The Nerdist,Talking Dead). The panelists will discuss the shocking finale of season 6 and a sneak peek into season 7, debuting in October on AMC.
When/where: Friday 1pm, Hall H
Why it can't be missed: Who did Negan kill? You can pretty much guarantee that won't be answered at this panel, but you'll definitely learn more about Season 7 (traditionally, we get a trailer but with the top secret nature of the season premiere, that's tough to predict this year).
If you can't get in, try: Entertainment Weekly's "Brave New Warriors" panel at 1:45 in Ballroom 20 with Josh Holloway, Dominic Cooper, Theo Rossi and more is sure to be an interesting conversation. 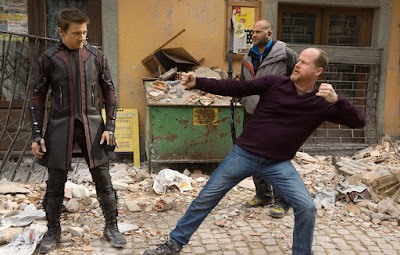 Official description: Joss Whedon has rewarded fans the world over with some of the most compelling characters and plot lines in the history of comics, television, and movies. Here's your chance to find out what he has in store next and get exclusive insight into Buffy the Vampire Slayer, Serenity, and much, much more!
When/where: Friday 3:45, Hall H
Why it can't be missed: Based on past panels, Whedon will talk a bit about his Dark Horse titles, tell us what else he is working on (at the moment, that's all a big mystery so there may be big news here), and answers questions from the audience in the witty way only he can. If you're a Whedonite, this is the panel for you.
If you can't get in, try: Of course, Neil Gaiman also has more than his fair share of devoted fans, and for those folks, Starz's first look at American Gods takes place at 3:15 in Room 6BCF. 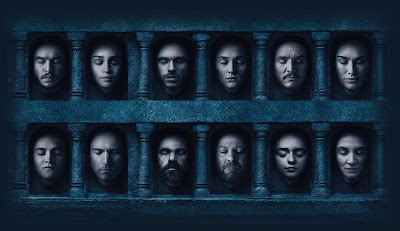 Official description: Based on the bestselling fantasy book series A Song of Ice and Fire by George R. R. Martin, HBO's Emmy and Golden Globe-winning series Game of Thrones concluded its 10-episode sixth season in June and will begin filming its seventh season later this year. The series, executive produced and written by David Benioff and D. B. Weiss, is an epic story of treachery and nobility, set on the continent of Westeros, where summers and winters can last years. Cast panelists include (in alphabetical order) John Bradley as Samwell Tarly, Liam Cunningham as Davos Seaworth, Nathalie Emmanuel as Missandei, Conleth Hill as Varys, Faye Marsay as The Waif, Hannah Murray as Gilly, Kristian Nairn as Hodor, Iwan Rheon as Ramsay Bolton, Sophie Turner as Sansa Stark, and Isaac Hempstead Wright as Bran Stark. Moderated by Rob McElhenney (It's Always Sunny in Philadelphia).
When/where: Friday 2:15, Hall H
Why it can't be missed: If you're a GoT fan, you need no further reason to attend (though if you plan to ask George R.R. Martin about the next book, you might be out of luck this year).
If you can't get in, try: If you're more into Coulson than Tyrion, Marvel's Agents of S.H.I.E.L.D. holds their season 4 panel in Ballroom 20 at 3 PM. 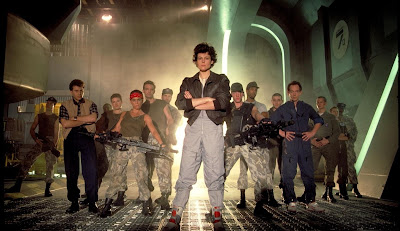 Official description: Writer/director James Cameron (Avatar) and producer Gale Anne Hurd (The Walking Dead) join cast members Sigourney Weaver (Avatar), Bill Paxton (True Lies), Lance Henriksen (Millennium), Michael Biehn (The Terminator), and Paul Reiser (Red Oaks) for a look back at the iconic science fiction classic in honor of the film's 30th anniversary.
When/where: Saturday 3:15, Hall H
Why it can't be missed: 20th Century Fox took a pass at highlighting their upcoming films for this panel, but with Alien: Covenant" set for next year, there's a decent chance we will learn about this film (Even if we don't, seeing the cast of Aliens back together should be a treat).
If you can't get in, try: Supergirl is moving to the CW and cast and producers will tell us what to expect from the new season at Ballroom 20. 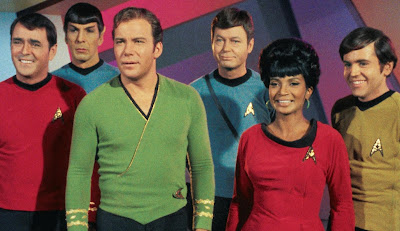 Official description: September 8, 2016 marks the 50th anniversary of Star Trek's first broadcast. What began as a TV show became a window into the future and a reflection of our greatest hopes and dreams. By envisioning a world where technology and science improve the human condition, and where peace and unity transcend conflict and separation, Star Trek has inspired children, parents, engineers, scientists, entrepreneurs, and viewers around the world. It's also spurred countless real-world innovations and "firsts," giving name to a Space Shuttle (the Enterprise), launching one of the first and most passionate worldwide fandoms, and featuring the first interracial kiss on American network television. Join William Shatner, Scott Bakula, Michael Dorn, Jeri Ryan, and Brent Spiner for a conversation moderated by Bryan Fuller, executive producer of the new Star Trek television series coming to CBS All Access, following its network premiere in 2017.
When/where: Saturday 2 PM, Hall H
Why it can't be missed: Trekkers of all stripes should place this at the top of their list, especially for the opportunity to get a first look at the upcoming Star Trek TV series.
If you can't get in, try: Gotham fans can learn about the hit show's third season at the Indigo Ballroom at the Hilton San Diego Bayfront's Indigo Ballroom next door. 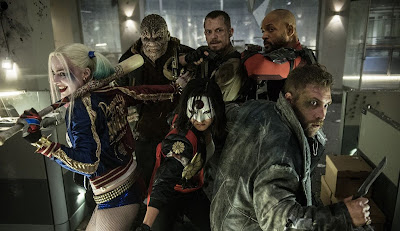 Official description: A sneak peek at upcoming releases.
When/where: Saturday 11:30 AM, Hall H
Why it can't be missed: On the eve of Suicide Squad, DC Films comes into Comic-Con with a lot to prove, and most likely some footage of Wonder Woman, to boot. An appearance by the full Justice League could be in the offing, as well (not to mention the cast of Green Lantern Corps hasn't been announced yet).
If you can't get in, try: The Simpsons holds court in Ballroom 20 for those curious as to what they'll do in season 28(!). 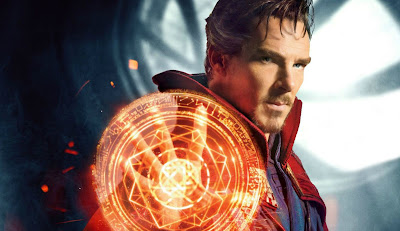 Marvel Studios
Official description: Marvel Studios president and producer Kevin Feige and special guests provide an inside look at the ever-expanding Marvel Cinematic Universe.
When/where: Saturday 5:30 PM, Hall H
Why it can't be missed: Every time Marvel Studios does a panel, it's usually the biggest thing at the Con and this year promises to be no different. After taking last year off, they're back and we're sure to get a closer look at Doctor Strange (Benedict Cumberbatch alert!), our first glance at Guardians of the Galaxy Vol. 2, and maybe even more, with Spider-Man: Homecoming, Black Panther and Thor: Ragnarok on the horizon.
If you can't get in, try: The Flash and Arrow are giving us a look at their upcoming seasons in Ballroom 20. IF DC is more your thing, check this out, instead.
Posted by anim8trix at 12:00 AM