Reveals Grand Admiral Thrawn
[Source: collider] The first trailer for Star Wars Rebels Season 3 has landed (Update: along with a new clip), and it of course reveals a lot of interesting things. During the Celebration Europe presentation, Warwick Davis hosted a panel that included Executive Producer and Supervising Director Dave Filoni, Sam Witwer (Darth Maul) and Tiya Sircar (Sabine), and the group had a lot of fun discussing what’s coming next in the Rebels universe.

Filoni talked about continuity throughout the universe now, with adjustments made to Zeb and Sabine’s looks to be more in line with Rogue One. They also discussed exploring more of Darth Maul’s character, and revealed a new villain …

Check the footage out below:


Thrawnnnnnn! Grand Admiral Thrawn is a character created by Timothy Zahn, who made him the central villain in Heir to the Empire, which was the first book of a popular trilogy published in the 1990s. Thrawn, a Chiss, is a rare non-human Imperial officer, known for his intelligence and ruthlessness. Rebels takes place before the original movie trilogy, which is of course where Thrawn also resides. And now, it seems, he’s officially become part of the Star Wars canon. Thrawn will be voiced by Lars Mikkelsen —yes, brother of Mads Mikkelsen who is starring in Rogue One.

There are a lot of other things to glean from this footage, like the fact that it also seems like Wedge will now be a character in Season 3, and the addition of Bendu, an ancient and powerful new character voiced by Tom Baker (Doctor Who). 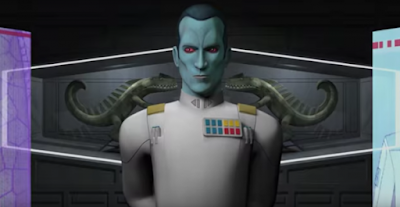 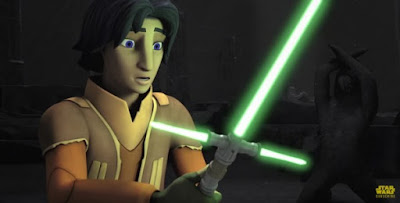 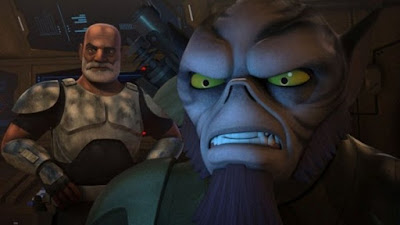 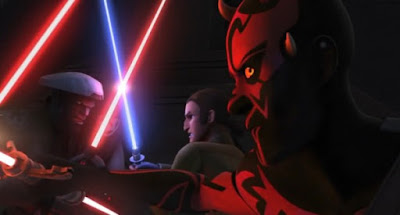 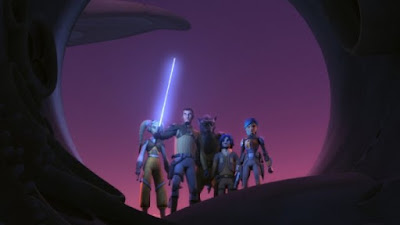 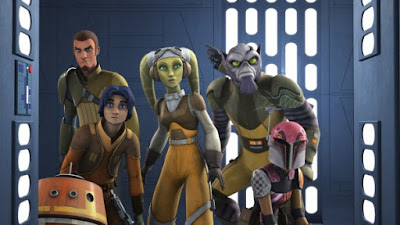