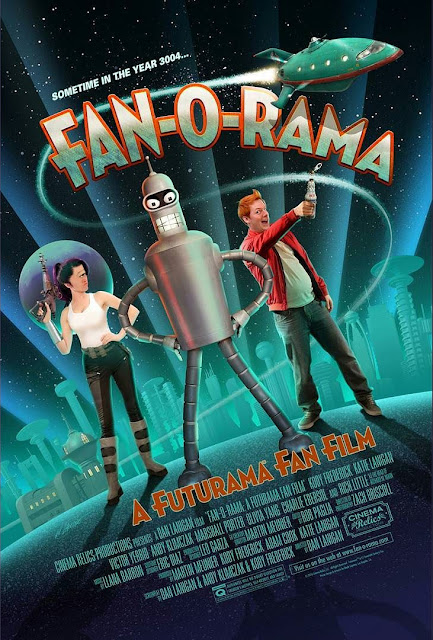 F U T U R A M A   F A N   F I L M
[Source: TheVerge] Futurama was an amazing science fiction cartoon from Matt Groening, the creator of the Simpsons. Following the adventures of Philip J. Fry after he was frozen in the the year 2000 and revived in the 31st century. The show went off the air a couple of times before finally going off the air for good in 2013. The members of Cinema Relics Productions decided to take matters into their hands with Fan-O-Rama, a new live-action fan film for the series.

The production just released a trailer for the film, and while it’s entertaining, it definitely runs into the problem that most cartoon-to-movie adaptations face: bringing their characters to life in three dimensions. Characters like Fry and Hermes are pretty straight forward, but Leela and Dr. Zoidberg are going to take a little getting used to.


That said, the makeup and design team that helped put this together did an amazing job adapting the characters like Professor Farnsworth and Leela, while their props department did a bang-up job with Bender. The film is clearly a labor of love from a group of people who were huge fans the series. While it's definitely a bit strange to look at a cartoon brought to life, it does look like it will be fun to watch.

There’s no indication on their website when the film will be released, but it’s certainly something we’ll check out.
Posted by anim8trix at 12:00 AM