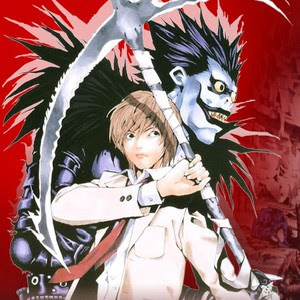 Netflix announced on Friday that its live-action Death Note film will premiere streaming in 2017. Netflix also unveiled some additional cast members, as well as the character names for previously announced cast members.

The cast of characters includes:
Adam Wingard (The Guest, You're Next) has signed on to direct the film, and Jeremy Slater (Fantastic Four) penned a recent draft of the script.

In Tsugumi Ohba and Takeshi Obata's original 2003-2006 supernatural suspense manga, teenager Light Yagami finds a notebook with which he can put people to death by writing their names. He begins a self-anointed crusade against the criminals of the world, and a cat-and-mouse game begins with the authorities and one idiosyncratic genius detective.