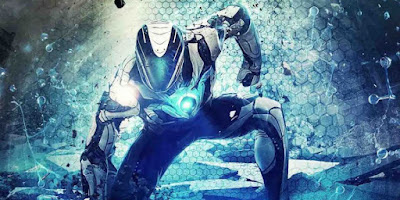 M A X   S T E E L
Mattel's live-action superhero movie
It’s a family, coming-of-age superhero movie with some comedy elements. One of the things that people will love about the movie is the relationship between Max and Steel, the little floating alien dude. It has a buddy comedy vibe to it, the heart and the banter of the film. But ultimately it’s an origin story for this Mattel brand that is about a superhero that is literally the combination of an alien and a teenager.

Based on a toy and animated series, the film chronicles the adventures of 16-year old Max McGrath (Winchell) and alien companion Steel, who must harness and combine their tremendous new powers to evolve into the turbo-charged superhero Max Steel. As these two unlikely friends struggle to accept their oddly connected fates, they begin to uncover unimaginable secrets, working together to find the truth, and fighting the mysterious forces threatening their world.

Max Steel is set to blast into movie theaters on October 21.