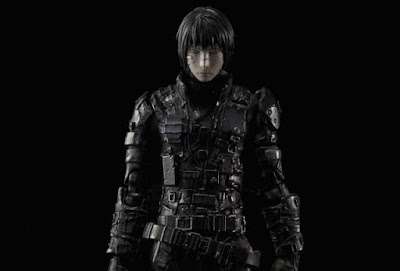 BLAME! ACTION FIGURES
[Source: Forbes] What with the recent Blame! anime movie out on Netflix, it seems that 1000Toys has some great action figures planned.


Blame! started out as a manga by Tsutomu Nihei. Epic in scope and set in the distant future, it dealt with the remnants of humanity trying to survive within the immense confines of solid Dyson sphere known only as The City.


The protagonist of the story was a mysterious man called Killy. Equipped with an incredibly powerful handheld Gravitational Beam Emitter, Killy’s quest was to find a human with Net Terminal Genes to cease the endless building of The City and liberate humanity from the constant slaughter by the Safeguard.
The manga itself is a huge and complex work, so when Polygon Pictures chose to adapt it they picked a small section from the manga featuring human characters. They acted as the exposition for the story and helped give the plot some historical context.


It broadly worked and the movie is a decent companion to its host manga. It also looks like another movie will be on the way sometime in the future, so Killy’s anime story still has a way to go yet. 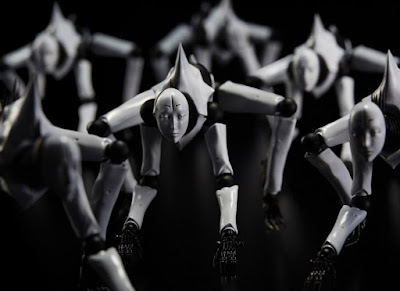 These new figures tie into the anime version of Blame! and 1000Toys has clearly done an exemplary job. Previously, 1000Toys has directly collaborated with Nihei on larger 1/6 scale figures but these new 1/12 scale figures look at least as good and more affordable with it.

The two figures planned are of Killy himself and the newer Safeguard units. In the manga, they look slightly less creepy and are more humanoid in design. In the anime though, the Safeguard units are actually quite terrifying and 1000Toys has retained this newer and more unnerving design.

Pre-orders for both figures are now open and can be done directly via 1000Toys site, so if you want either of these figures then I advise you move quickly to avoid being left out.

While I am always happy to see Nihei’s work get the toy treatment, as the Sentinel version of the Tsugumori from Knights of Sidonia is amazing, I can only hope that there is a full-scale toy of the Gravitational Beam Emitter on the cards at some point in the future.

These action figures are now available for pre-order from 1000Toys directly and will be released in January next year. The Killy figure costs $65, whereas the Safeguard figure costs $60. Both of these prices include shipping. You can also watch the Blame! anime movie over on Netflix.
Posted by anim8trix at 12:00 AM