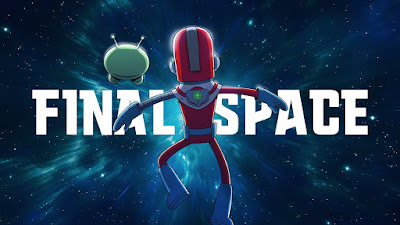 F I N A L   S P A C E
Final Space is an animated science fiction television series created by indie internet filmmaker Olan Rogers with David Sacks serving as showrunner. It will be broadcast on TBS in early 2018. The series involves an astronaut named Gary Space and his alien friend, Mooncake, and focuses on their adventures as they try to solve the mystery of “Final Space”, where the universe actually ends and if it actually does exist.