Goalkeeper of the Galaxy Trailer 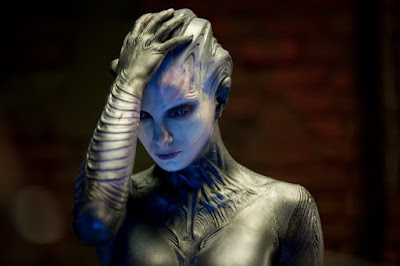 About Vratar Galaktiki - Goalkeeper of the Galaxy What will Moscow look like if you cut off the power grid, shut down all manufacturing, and the whole world watches an interplanetary game? In an aftermath of a galactic war, which took place in proximity to Earth, the Moon was destroyed and the planet’s poles shifted. An enormous spaceship hovers over Earth—this is a stadium, which hosts sports events that resemble soccer but at mind-boggling speeds. The name of the game is cosmoball. When the game is on, the whole world stops in its tracks to watch it. The players are called Athletes. To regular people they are demigods, for the results of each match determine the fate of the planet.
Posted by anim8trix at 12:00 AM