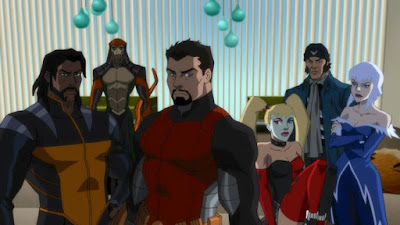 SUICIDE SQUAD: Hell to Pay
Amanda Waller forms the Suicide Squad with Deadshot, Harley Quinn, Bronze Tiger, Captain Boomerang, Killer Frost, and Copperhead. They are sent to retrieve a powerful mystical object that is targeted by other villains. The film is scheduled to be released digitally on March 27, 2018 and on DVD and Blu-ray on April 10, 2018.