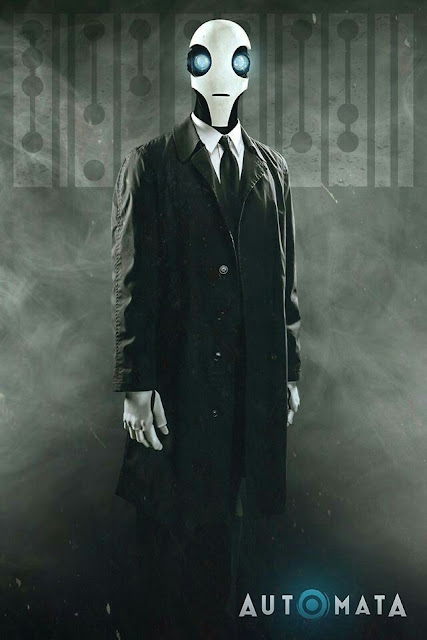 AUTOMATA - 5 part mini-series
In an alternate 1930's Prohibition-era New York City, it's not liquor that is outlawed but the future production of highly sentient robots known as automatons. Automata follows former NYPD detective turned private eye Sam Regal and his incredibly smart automaton partner, Carl Swangee. Together, they work to solve the case and understand each other in this dystopian America.

Putting a science ﬁction twist on the classic hard-boiled detective drama, Automata explores a dystopian alternative version of Prohibition-era New York City, similarly shaped by moral panic even though the alcohol ﬂows freely here. In this universe, Prohibition doesn't ban drinking, but the further production of sapient androids that have become prevalent by the 1920s. As a result, the existing androids, called automatons, are shunned by society, relegated to an untouchable caste of servants despite their near-human thought capability, and are frequently subjected to hatred and violence. It's in this oppressive setting that human private detective Sam Regal (Basil Harris, "Grimm") and his automaton partner Carl Swangee (Doug Jones, The Shape of Water) work together to solve cases for both communities, learning to see humanity in one another while trying to prove that justice is still worth serving.


The Making of "Automata: The Series"
Find out how Van Alan and his team were able to turn the Penny Arcade into a live action series. Watch Doug Jones in the studio giving voice to Carl Swangee in the "Making Of Automata: The Series."
Posted by anim8trix at 12:00 AM