Netflix just bought one of the biggest movies ever 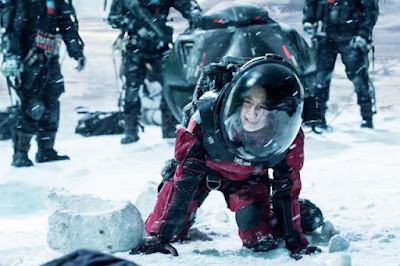 The Wandering Earth
One of the biggest movies in the world right now has already surpassed half a billion dollars at the box office in China without even having completed its second week of release yet. That puts the movie, Wandering Earth, on par with some of the biggest big screen titles to emerge from the US in recent years, like Black Panther and Avengers: Infinity War.

The movie, a sci-fi epic that tells the story of people trying to save earth from being destroyed by the sun, is already the second-highest grossing film in China ever. Which should explain why Netflix just snatched it up, in a deal that will introduce the film to an even wider audience via the popular streaming giant.

The streamer didn’t share any other details about the arrangement, like how much it paid or when the film will start streaming. But it’s still a big announcement, for multiple reasons.

For one thing, this will help acclimate global audiences to Chinese-produced fare. It’s also a win-win for Netflix — which, while it doesn’t sell subscriptions inside China, is nevertheless making a push to appeal to global Chinese audiences. In addition to this film, Netflix is also developing its first Chinese-language original TV series.

As far as Wandering Earth goes, it’s definitely an understatement to say a ton of work went into this blockbuster. According to Netflix, the film was given a production scale rarely seen in Chinese films and included post-production and special effects work that took two years. That included more than 10,000 specifically-built props and the employment of some 2,000 special effects shots, in addition to a “substantial amount of computer graphics shots.”

“Audiences from over 190 countries will soon meet The Wandering Earth on Netflix,” the film’s director Frant Gwo said in a statement about the news, also raving about Netflix’s plan to translate it into 28 languages. “I am glad that our movie can reach to people from different parts of the world. This is a Chinese movie created for the world, and it has been positively received since its premiere. We are very excited about it.”

According to a plot summary from Netflix, the movie is set in the distant future and involves the sun expanding into a red giant that threatens to destroy earth. A team of heroes builds “ten thousand stellar engines” to propel earth out of the solar system in the hope of finding a new home in space, kick-starting a 2,500-year-long journey in which humanity fights for the survival of their “wandering earth.” 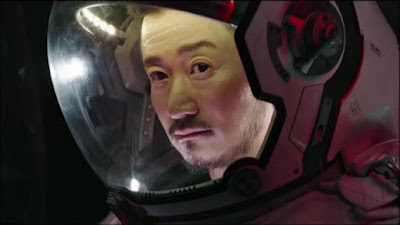