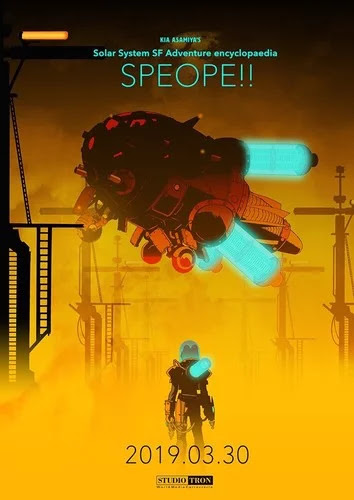 Kia Asamiya Launches Speope!!
New Manga Series in March
[Source: AnimeNwsNetwork] Manga creator Kia Asamiya announced on his Twitter account on February 10 that he will launch a new manga titled Speope!! (Space Opera!!) in the May issue of Shonengahosha's Young King Ours magazine on March 30. The manga centers on the protagonist Opera Cat Rune and the protagonist's machine, the "Fragile," as they travel through space. At the same time, Kamon the Robot contemplates where it is from, where it is headed, and what it will become.

Manga centers on a space pilot and robot
in a space opera adventure
Asamiya recently ended the Silent Möbius QD (Quadriga) manga last June. Asamiya launched the series in August 2013. Kodansha scheduled the fourth compiled volume for April 2018, but it has not yet shipped, and is now listed for release on June 20. 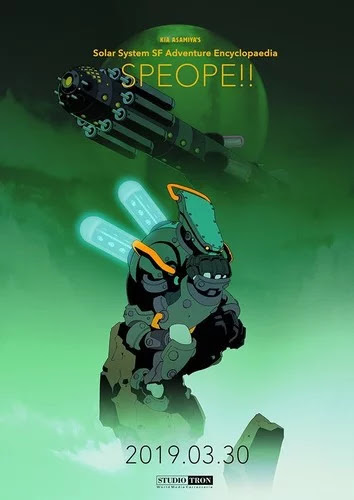 Asamiya created the Silent Möbius, Steam Detectives, Compiler, and Junk: Record of the Last Hero manga, among others. He provided character designs for the Martian Successor Nadesico anime (which he later adapted into the Nadesico manga), adapted the Star Wars Episode I: The Phantom Menace film into a manga, and wrote and drew the Batman: The Child of Dreams comic. Many of his manga have been adapted into anime.

Viz Media published his Silent Möbius and Steam Detectives manga in North America, while CPM Manga published Nadesico, and DrMaster published Junk: Record of the Last Hero.
Posted by anim8trix at 12:00 AM