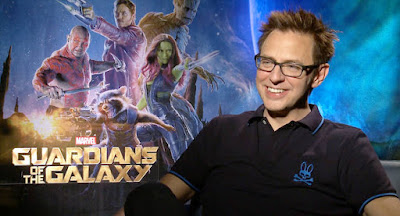 YES! He's Ba-a-a-a-ck!!!
The Avengers aren't the only ones making a huge comeback this year. Disney and Marvel Studios have made the unexpected decision to re-hire James Gunn to finish what he started with the Guardians of the Galaxy series. What happened in the months since Gunn's firing to make this unlikely triumph possible?

To call James Gunn's firing in July 2018 "unexpected" would be a bit of an understatement. Under Gunn's direction, the Guardians came out of nowhere to become one of the most successful series in the Marvel Cinematic Universe... pretty impressive for a property that was all but unknown before 2014.

On top of the money the movies brought in, they also earned rave reviews, making talking trees and trash pandas beloved household names for families across the world.

But as Gunn's sudden firing seemed to demonstrate, all of that success meant nothing in the face of corporate mandate.

The third Guardians movie was originally set to begin filming in fall 2018, but was shut down indefinitely after the controversial decision was made to fire Gunn for provocative past tweets.

A few days after Disney's decision was made public, the main cast of the franchise rebuked the company with an extraordinary open letter calling for Gunn to be reinstated. The remarkable show of support left many hoping that the situation could be turned around. But publicly, the company was unswayed, and it soon looked like Disney would rather scuttle Volume 3 in its entirety than bring Gunn back.

Watch to learn more about the real reason Disney re-hired James Gunn for GOTG 3!
Posted by anim8trix at 12:00 AM