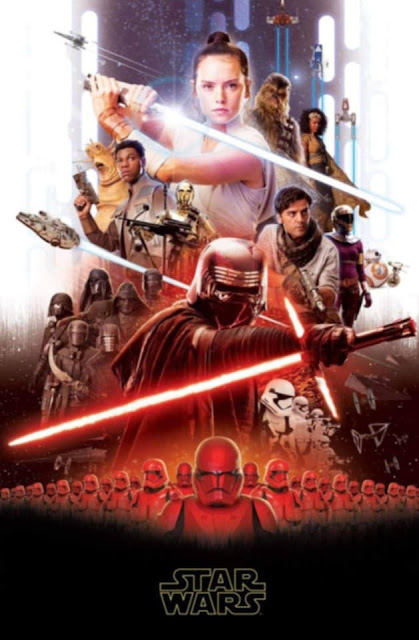 STAR WARS IX: LEAKED PICS
[Source: aintitcool] Images of the merchandise art and/or poster, and several costume concepts and action figures from STAR WARS EPISODE IX were leaked overnight, and here they are for you NOW. The first, and largest image, is FULL of new looks at previous characters, and first looks at some new ones! We get our first look at Zorii, portrayed by Keri Russell, as well as (reportedly) Lando Calrissian's daughter, Zannah, played by Naomi Ackie, a Resistance officer played by Dominic Monaghan, a First Order officer played by Richard E. Grant and a troop of red stormtroopers (their helmets blending elements from the clone trooper helmets and the stormtrooper helmets from both the original and sequel trilogies). Also of note is Kylo Ren's re-forged helmet, bearing the marks of having previously been smashed to bits by him in STAR WARS: THE LAST JEDI. The broken/repaired look adds menace to the sleek helmet he's work through the previous two chapters of the sequel trilogy. It also gives us what is simultaneously a cool and foreboding image: C-3PO wearing Chewbacca's bandolier and wielding his bowcaster. The Knights Of Ren are also prominently featured on the poster, indicating that we may finally see them in action for more than a brief flashback. 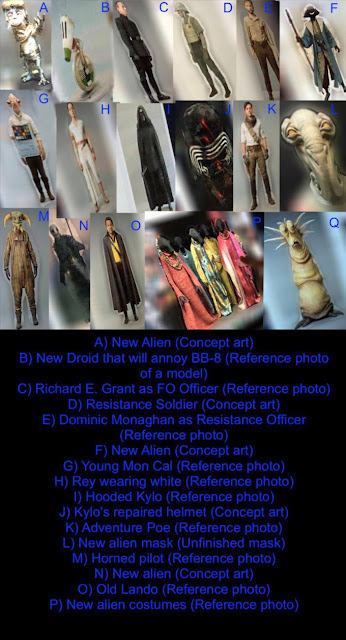