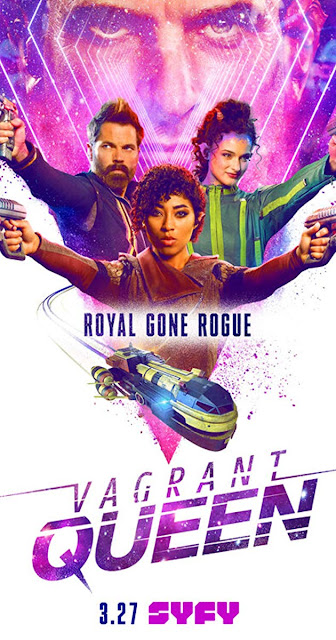 -- V A G R A N T   Q U E E N --
Vagrant Queen is an upcoming American sci-fi television series that is set to premiere on Syfy on March 27, 2020. The show is based on the Vault comic book series written by Magdalene Visaggio and illustrated by Jason Smith. Elida built a life as a scavenger and outlaw, but when an old frenemy, Isaac, turns up with news about her long-lost mother, she is forced to return to her broken kingdom with Isaac and Amae in hopes of staging a rescue before a deadly childhood foe, Commander Lazaro, finds them. With civilization at stake, it’s this queen, this deadbeat, and this mechanic against a whole damn galaxy.
▶ Watch the Trailer