A Popular Series About a Lawyer with Autism... 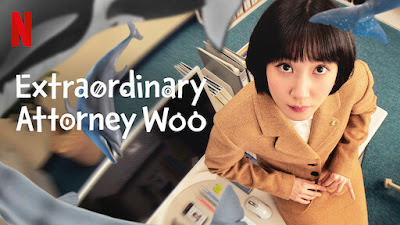 "Extraordinary Attorney Woo"
Is the Hero we need Today...
[Source: KoreanTimes, Written by David A. Tizzard] There's no denying the quality, charm, and success of Extraordinary Attorney Woo. Not just here in Korea, but all around the world people eagerly await the release of the latest episodes. They're desperate to see how the relationship between Woo Young-woo (spelled the same forward and backwards, lol) and Lee Joon-ho will play out; whether Min-woo's diabolical schemes will come to fruition; and what kind of secrets Gwang-ho is harboring.
For many, what makes this drama new and refreshing is the fact that the protagonist has autism. Instead of a Cinderella figure, My Fair Lady character, or Pretty Woman story in which a rich man teaches a young woman the mores and values of a high class way of life, instead a 'somewhat' poorer and lower status man is required to teach a woman social cues, emotional responses, and personal interactions she is otherwise lacking. The structure is the same as ever but the peculiarities are adjusted for modern sensibilities. It's certainly endearing, the chemistry is great, and the acting is very good.

And despite the international success, EAW (Extraordinary Attorney Woo) definitely feels more like a Korean drama rather than a K-drama. There's no gratuitous violence, zombies, transgender characters, or super progressive themes going on here. Instead, the plot seems designed primarily for a domestic audience. Moreover, it has a host of common Korean drama tropes: a blossoming romance between a pure woman and her first experiences with a man, family revelations showing that parents are not who or what we once assumed them to be, a cool young female sidekick, a big fat hairy guy who people realize has a kind heart, and powerful company managers playing games against each other.
While a lot has been written about the representation of mental health in this Korean drama, perhaps snowballing on from the equally successful Our Blues and the first ever actor with Down Syndrome to appear in a mainstream Korean television show, for me EAW seems to be making a different point. It's raising a series of issues affecting Korean society and then asking what justice in each particular situation is. It's a referendum through the medium of television. Didactic entertainment.

Take the episodes we have seen thus far: people brought together in marriage despite their wishes, children forced to study all day without play, elder brothers using their age in a Confucian society to trick their younger sibling, technological developments and patents, the gentrification of rural villages, North Korean defectors, a cheating husband, and young adults with developmental disabilities. In every episode, as viewers we are asked to consider justice. Because emotions run high, Woo Young-woo often provides the clear legal (and often moral) perspective for us. She is the rational and fair adjudicator, showing us perspectives that we cannot see because we are too blinded by bias, money, or our involvement with certain issues. While Young-woo does this, tension is created by having an ill-intentioned character seek to bring her down. And so we are asked whether bad things can happen to good people. 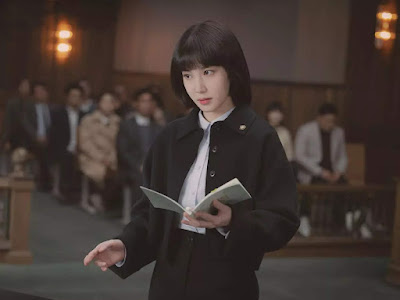 The most recent episode was perhaps the clearest indication that this drama is focused more on Korean social issues than it is mental health. The case Young-woo was faced with concerned gender inequality, labor laws, patriarchy, regionalism, street protests, and seemingly loud feminists demanding better treatment. The ending pulled no punches: Even the law does little to help protect women's rights. They are forced to find solidarity, solace, and sanctuary in each other. Thus the country has developed a strong and proud heritage of feminist literature and poetry in recent decades as referenced in the closing scenes. It also reminds us that while women fought for their civil and legal rights in other countries, with them simply being enshrined in Korean law following the establishment of the constitution in 1948, it neither gave Korean women the chance to raise their own voices nor did it allow the culture to actually have the conversation about fairness and equality.

South Korea does need to be more focused on the rights of people with disabilities, of course. Protests demanding increased support and access to public transport for the community have sadly by and large been viewed as an inconvenience by many in society. Politicians have also turned a blind eye to them, some even going so far as to criticize the participants. The drama reaffirms Korea's relatively slower progress on such issues by making reference to the advanced stages of acceptance towards disability in places such as France and Boston. 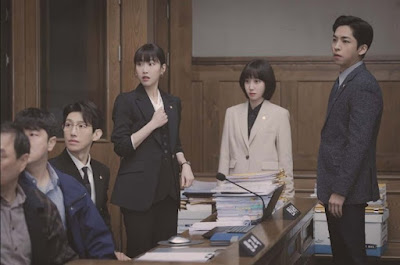 But ultimately the drama plays out a bit like BBC's Sherlock. Each episode, by and large, is a standalone case centered on a social issue which regular people are unable to solve. So the help of a highly intelligent but (as yet) anti-social individual is brought in to help everyone arrive at a satisfactory conclusion. Without Young-woo, justice might not be served. Innocent people might suffer and guilty people might win. While Sherlock's moments of inspiration were presented on screen through formulas, annotations, and references to drugs, Young-woo's moments of inspiration come with the arrival of whales and dolphins. A bit more acceptable than opium these days, I guess.

We can all probably predict what the outcome of the drama might be. What interests me going forward is whether we will see a second series or the more traditional approach to a single-arc will be maintained. There will of course be great demand for more of that thing we like. But as a society I hope we'll understand that more of that same good thing isn't necessarily always the way forward. Until then, I'll be waltzing through elevator doors, eating kimbap, thinking about freeing dolphins, and waiting for the next episode of this charming piece of Korean entertainment. 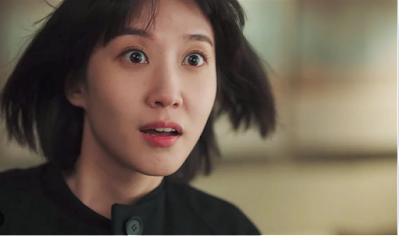 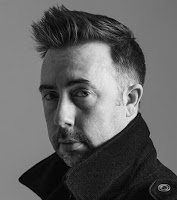 Dr. David A. Tizzard (datizzard@swu.ac.kr) has a Ph.D. in Korean Studies and lectures at Seoul Women's University and Hanyang University. He is a social/cultural commentator and musician who has lived in Korea for nearly two decades. He is also the host of the Korea Deconstructed podcast, which can be found online. The views expressed in the article are the author's own and do not reflect the editorial direction of The Korea Times.
Posted by anim8trix at 12:00 AM