"The show is just beginning..."

Doctor Who Returns in 2023
[Source: PA Media] The BBC has given a glimpse of the forthcoming Doctor Who mini-series which is set to air in 2023, in celebration of the show’s 60th anniversary.

The one-minute teaser clip features footage of David Tennant as the 14th Time Doctor, and Catherine Tate who returns as Donna Noble, in the trilogy of anniversary episodes.

The BBC also disclosed that Jacqueline King and Karl Collins will reprise their roles as Tate’s on-screen mother Sylvia Noble and her on-screen husband Shaun Temple, while Years And Years star Ruth Madeley joins the cast as Shirley Anne Bingham.

Russell T Davies, who has returned as showrunner as the BBC show teams up with Disney, said: “We wanted to give fans, friends and families a lovely little Christmas present – with a promise that 2023 will be a riot of Doctor Who goodness.” 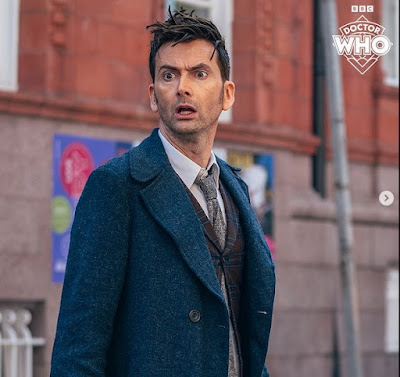 The trailer, which landed on Christmas Day, begins with a view of London at night as the Tardis thrums before landing in an alleyway and features glimpses of monsters and the return of UNIT.

Tate says: “Sometimes I think there’s something missing. Like I had something lovely and it’s gone.”

Meanwhile Tennant says: “I don’t know who I am any more.” He later adds: “I don’t believe in destiny but if destiny exists then it is heading for Donna Noble. If she ever remembers she will die.”

The mini-series is expected to explain why The Doctor has regenerated, which leads to another regeneration into the 15th Doctor, played by Sex Education star Ncuti Gatwa.

The teaser clip features Gatwa sporting a moustache, saying: “Will someone tell me what the hell is going on here?”

This month it was announced that Coronation Street star Millie Gibson would play Gawtwa’s on-screen companion Ruby Sunday, who will travel alongside him as they embark on a new set of adventures. 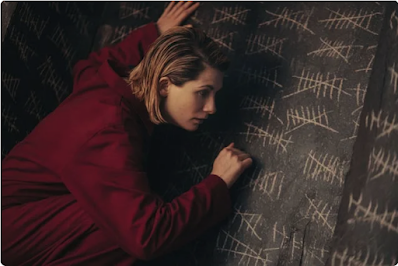 Jodie Whittaker, who played the 13th Doctor, faced her final battles as the Time Lord in October in a special episode of Doctor Who to mark the BBC’s centenary.

The actress, 40, became the first woman to portray the Doctor when she took over the role from Peter Capaldi in 2017.

During the feature-length programme, viewers were left surprised as Whittaker’s Time Lord regenerated into Tennant, who previously played the 10th incarnation of the Doctor.

The BBC said Doctor Who will return in November 2023 with three special episodes to coincide with the 60th anniversary – with Tennant as the 14th Doctor.

Gatwa will then take control of the Tardis, with his first episode airing over the festive period in 2023.