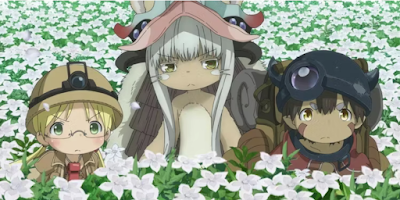 Made in Abyss
Plot Summary: An orphaned girl named Riko lives in the Belchero Orphanage in the town of Orth. The town surrounds a strange, giant hole descending deep into the earth, which is known as the Abyss. The Abyss harbors artifacts and remnants of civilizations long gone, and is, therefore, a popular hunting spot for so-called Cave Raiders, who undertake arduous and dangerous descents into the mist-filled pit to recover whatever relics they can find. Returning from the Abyss can be dangerous as "the Curse of the Abyss," a mysterious and potentially fatal malady, manifests upon ascension. The deeper one goes, the more acute the effects of the curse; few who have descended into the lower regions have returned to tell of their experiences. Some legendary Cave Raiders earn the title of White Whistles, one of them being Riko's mother, Lyza, who is presumed dead after taking a "last descent" into the Abyss. Riko's longing in life is to follow in her mother's footsteps and become a White Whistle. One day, she discovers a robot resembling a human boy in the first layer of the Abyss and names him Reg. Riko and her friends sneak Reg into Belchero and quickly welcome him into their close-knit group. Sometime later, a number of findings are made from the depths of the Abyss, including Lyza’s White Whistle and pages of discoveries and observations she had made, as well as a message presumably for Riko, stating she is waiting at the bottom of the Abyss. Riko, determined to find her mother, bids farewell to her friends and secretly departs into the Abyss with Reg as her companion.
12:05 - 12:55   Ghost in the Shell: SAC Season 2 Eps 11-12 [End] 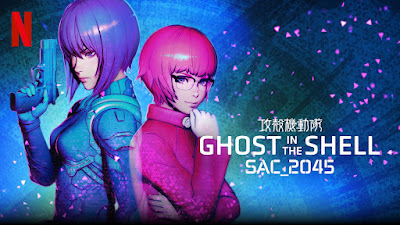 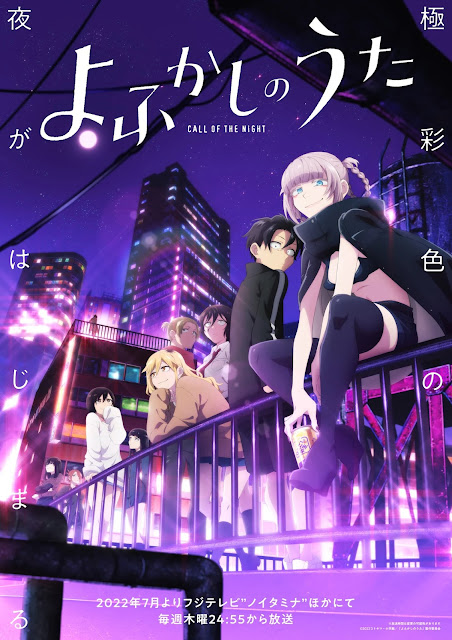 Call of the Night
Plot Summary:
Unable to sleep or find true satisfaction in his daily life, Ko Yamori stops going to school and begins wandering the streets at night. He encounters a girl named Nazuna Nanakusa, a vampire who shows Ko the joys of being a night-walker. This results in Ko wanting to be a vampire as well, but in order to achieve his goal he must first fall in love with her.
2:20 - 2:45    Lycoris Recoil 9 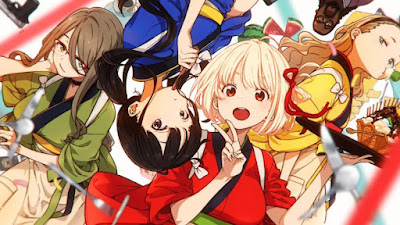 Lycoris Recoil
Plot Summary:
A Japanese café in Tokyo serves delicious coffee, super sweet treats and something more. From making local deliveries to chaperoning to getting rid of zombies and even fighting a giant monster, whatever the problem and no matter the order, leave it to them.
2:45 - 4:40    The House of the Lost on the Cape (Feature Presentation) 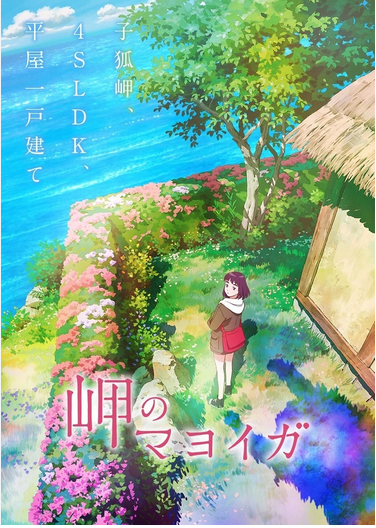 The House of the Lost on the Cape (Misaki no Mayoiga)
Plot Summary:
17-year-old Moeka, who lost her parents, and Yurie, seeking to escape her violent husband, got off at a Kitsunezaki station one day. The great earthquake and tsunami had changed their destinies. Their lives were saved, but they were perplexed when asked about their identities at an evacuation site. It was an old woman named Kiwa Yamana who lent them a helping hand. From that day, Yurie was known as Yui, Moeka as Hiyori, and together with Kiwa, the three women began a wonderful communal life together at the old house "Mayoiga" overlooking the sea.
Posted by anim8trix at 12:00 AM